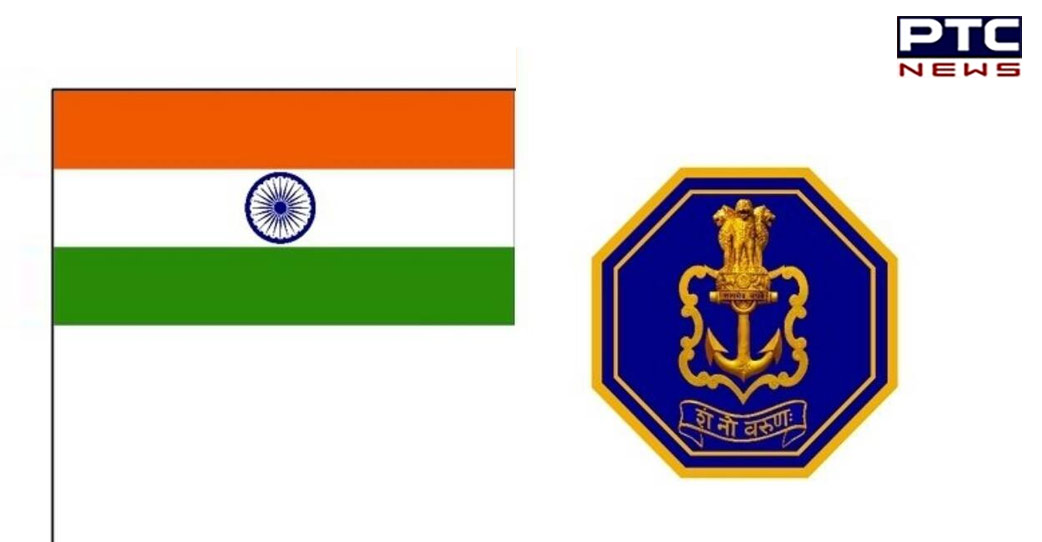 In one corner of the cross, the Indian flag was put when the country attained freedom, replacing the Union Jack in that place.

The Indian Naval Ensign has changed multiple times since Independence. It was only in 2001 that the St George's Cross was taken out and the Indian Navy's crest was added to the opposite corner of the ensign. The cross was put back again in 2004 with the addition of the Emblem of India at the intersection of the cross.

Designed by the Indian Navy's in-house Warship Design Bureau (WDB) and built by Cochin Shipyard Limited, a public sector shipyard under the Ministry of Ports, Shipping and Waterways, Vikrant has been built with state-of-the-art automation features and is the largest ship ever built in the maritime history of India.

The Indigenous Aircraft Carrier is named after her illustrious predecessor, India's first aircraft carrier, which had played a vital role in the 1971 war.

It has a large amount of indigenous equipment and machinery, involving major industrial houses in the country as well as over 100 MSMEs. With the commissioning of Vikrant, India will have two operational aircraft carriers, which will bolster the maritime security of the nation. 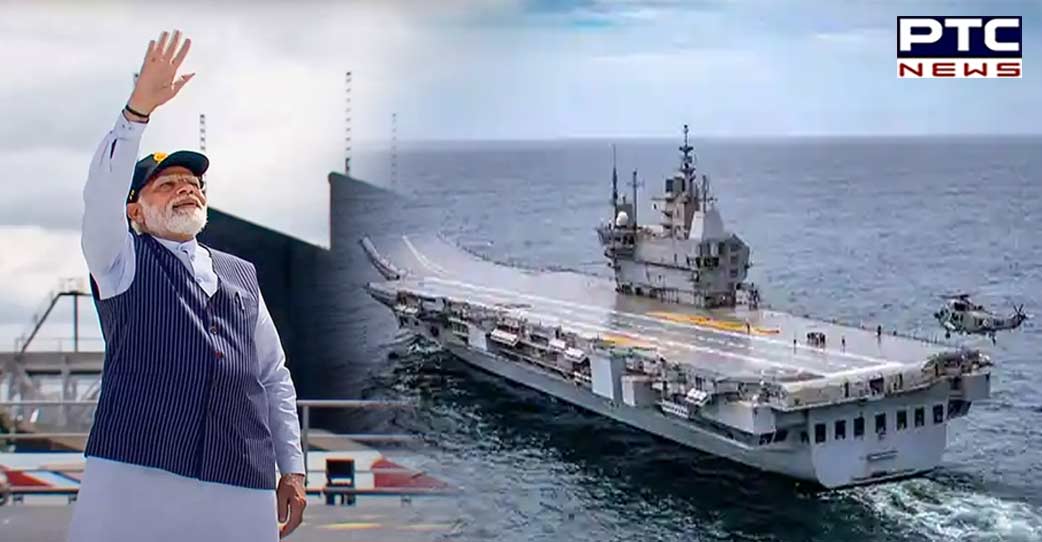 As per the Indian Navy, the 262-meter-long carrier has a full displacement of close to 45,000 tonnes which is much larger and more advanced than her predecessor.

With Vikrant, India has joined a select group of nations having the niche capability to indigenously design and build an aircraft carrier. IAC Vikrant consist of 14 decks with 2,300 compartments which can carry around 1,500 sea warriors and to cater to the food requirements, around 10,000 chapatis or rotis are made in the ship's kitchen, which is called the ship's galley.

The ship is powered by four Gas Turbines totalling 88 MW power and has a maximum speed of 28 Knots. Built at an overall cost of close to Rs 20,000 crores, the project has been progressed in three Phases of the contract between MoD and CSL, concluded in May 2007, December 2014 and October 2019 respectively.

The ship's keel was laid in February 2009, followed by launching in August 2013. With an overall indigenous content of 76 per cent, IAC is a perfect example of the nation's quest for "Aatma Nirbhar Bharat" and provides a thrust to Government's 'Make in India' initiative.