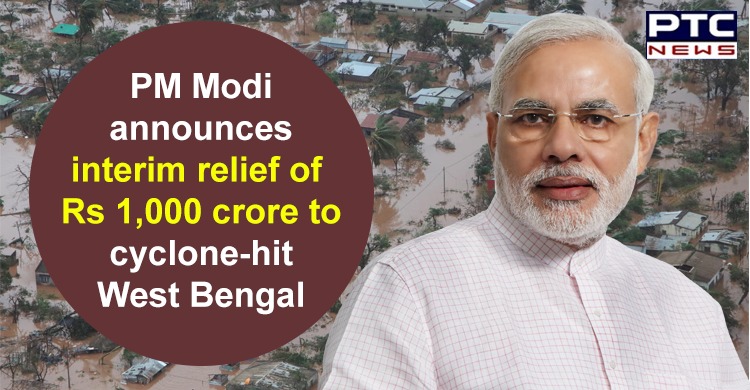 Cyclone Amphan: Prime Minister Narendra Modi on Friday announced an advance interim assistance of Rs 1,000 crore for cyclone-hit West Bengal. In a video message after reviewing the situation with the Governor Jagdeep Dhankhar and Chief Minister Mamata Banerjee in Basirhat in North 24 Parganas district, PM Narendra Modi also announced an ex-gratia of Rs 2 lakh to the families of each of those killed during the devastation caused by the cyclone Amphan, and Rs 50,000 for those injured.

Prime Minister said that "In the month of May, the country was busy with elections and at that time we had to combat a cyclone that battered Odisha. Now, after a year, this cyclone has affected our coastal areas. People of West Bengal have been worst affected by it."

"State and the central governments stand with the people who have been affected by Cyclone Amphan, PM Modi said in West Bengal's Basirhat. 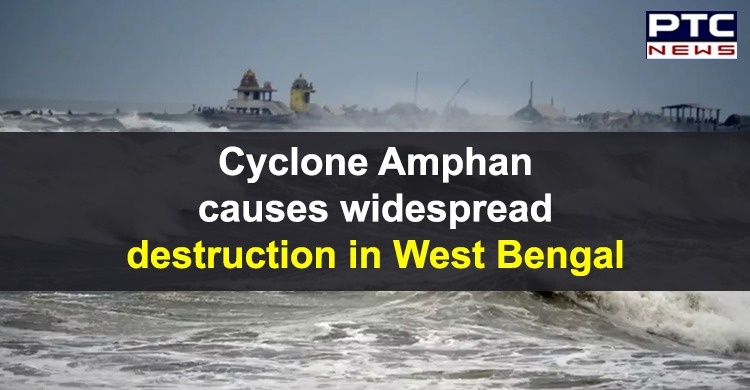 He said that "I assure my brothers and sisters of West Bengal that the entire country stands with you in these difficult times." Further, he announced that "A team will be sent by the Central Government to conduct a detailed survey about the damage caused due to Cyclone Amphan and the current situation of the affected areas. All aspects relating to rehabilitation and reconstruction will be addressed. We all want West Bengal to move ahead."

"Dealing with COVID-19 requires social distancing whereas battling the Amphan Cyclone requires people to move to safer areas. Despite these contradictions, West Bengal under leadership of Mamata ji is fighting well. We are with them in these adverse times," he concluded.