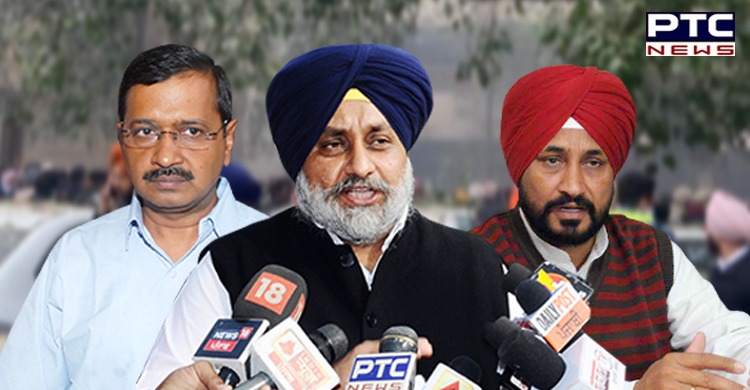 CM Charanjit Channi said as the Assembly elections in the state were approaching, some anti-national elements were indulging in terror activities. “Since they failed to succeed in their nefarious designs while committing the recent sacrilege incidents, they are now creating terror,” he said.

I am going to Ludhiana. Some anti-national elements are doing such acts as Assembly elections are nearing. The government is on alert. Those found guilty will not be spared: Punjab CM Charanjit Singh Channi on explosion at Ludhiana District Court Complex pic.twitter.com/T6trPdLr6b

PPCC president Navjot Singh Sidhu said there was a link between the sacrilege attempts and the bomb blast, intended to create polarisation of a specific community. Punjab stands united in this hour of crisis," he said.

The blast in Ludhiana Court leaves no shadow of doubt that a series of peace-disrupting activities have been planned by vested interests to create law & Order problem in Punjab. Condolences to those who lost their lives and sincere prayers for speedy recovery of the injured. pic.twitter.com/xaltliYBpB

Former Punjab Chief Minister Captain Amarinder Singh said, "It was a disturbing news and he was saddened to know about the demise of two persons in the blast."

Disturbing news of a blast at Ludhiana court complex. Saddened to know about the demise of 2 individuals, Praying for the recovery of those injured. @PunjabPoliceInd must get to the bottom of this.

AAP leader and Delhi Chief Minister Arvind Kejriwal alleged that some people wanted to destroy the peace in Punjab and the three crore people of Punjab would not let their nefarious designs succeed.