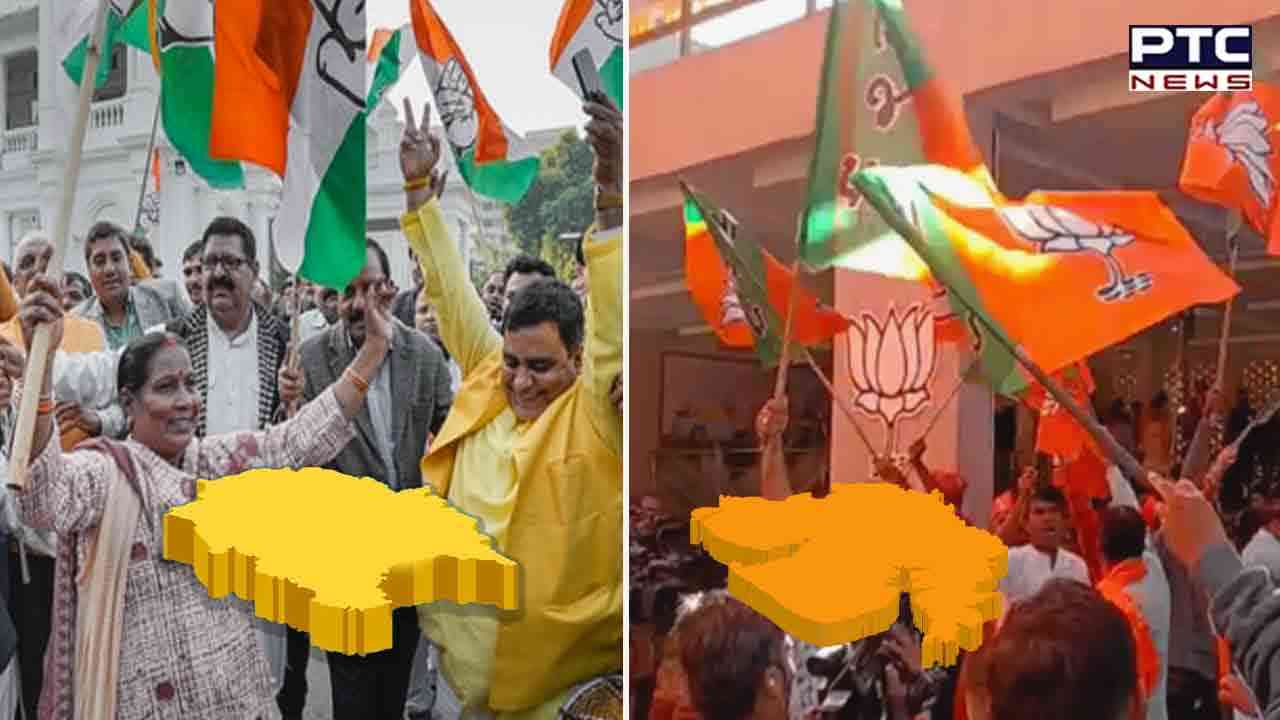 Assembly elections results 2022: The BJP is set for a record performance and a landmark victory in Gujarat and Congress was poised to form government in Himachal Pradesh according to the results and trends of the counting of votes on Thursday.


The byelection to six seats in five states also gave a mixed result with the Congress and the BJP leading on two seats each and BJD and RLD on one each. Samajwadi Party candidate Dimple Yadav has a massive lead in the bypoll for the Mainpuri Lok Sabha seat. The BJP is poised to break all records of electoral performance in Gujarat, the home state of Prime Minister Narendra Modi and Home Minister Amit Shah, and is set to get the highest number of seats won by a political party in the state's history.


According to the latest information from the Election Commission, the BJP is poised to win 158 seats in the 182-member Gujarat Assembly having already won 79 seats and leading on 79 seats. The Aam Aadmi Party has made its entry in the state assembly having won two seats and leading on two more. The party has increased its vote percentage to 12.87 per cent in an indication of its growing presence in the state.

The Congress is set to suffer its worst electoral defeat in Gujarat, having won seven seats and leading on nine. 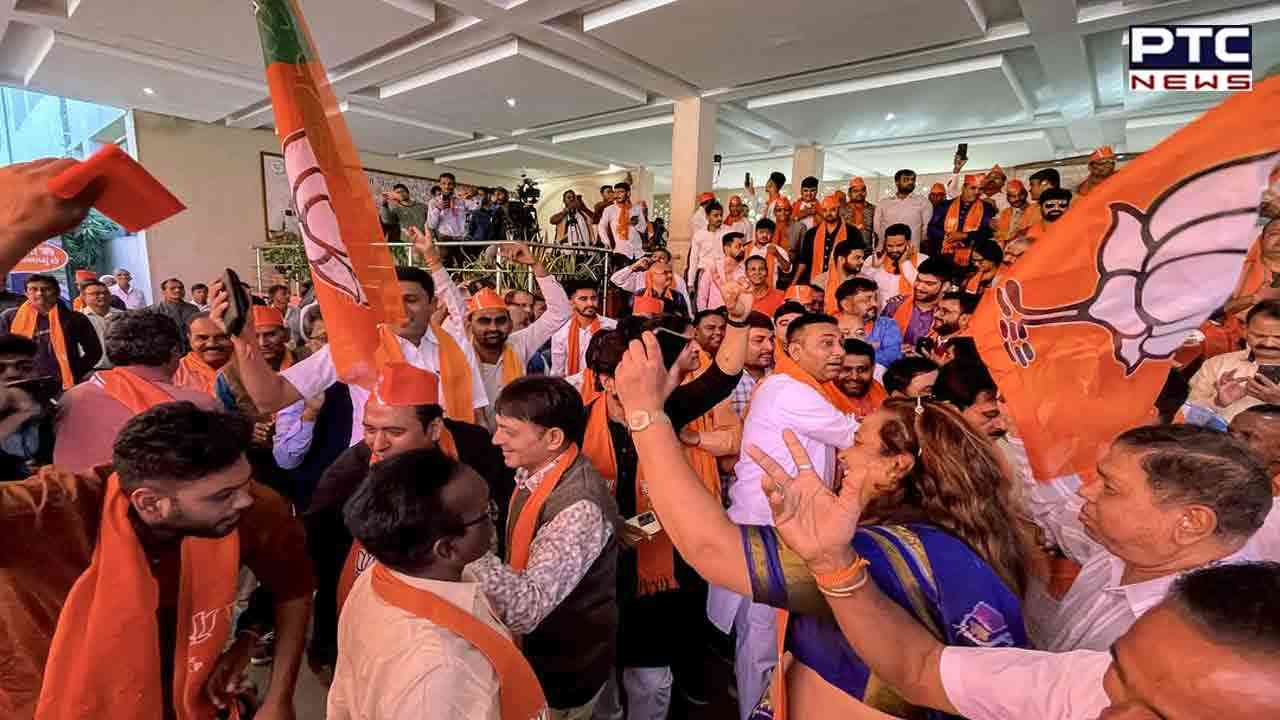 The BJP, which has won its seventh straight election in Gujarat, is set to not only improve its own best record of 127 seats in 2002 - the first election with Narendra Modi as chief minister - but the Congress tally of 149 seats in 1985.

In Himachal Pradesh, the Congress is slated to win 39 of 68 seats, having won 26 and leading on 13. The BJP has won 14 seats and is leading on 12. Independents have won three seats and AAP failed to open its account in the state.

In terms of vote share in Himachal, the Congress is only marginally ahead of the BJP having got 43.88 per cent of votes compared to 42.99 per cent of its rival. Others have garnered 10.4 per cent vote share in the hill state.

The Congress, which had not projected a Chief Ministerial candidate in the hill state, is planning a meeting its MLAs in Chandigarh with some of its leaders apprehending "poaching" attempts by BJP.

Celebrations began at the BJP office in Ahmedabad soon after it was clear that the party was on course to an overwhelming victory in the state. Congress workers also celebrated the party's performance in Himachal Pradesh.

"The results of the Gujarat elections are quite clear. People have made up their minds to further continue with the journey of development in Gujarat. We humbly accept the mandate of the people. Every worker of BJP is committed to public service," he said.

"We will serve the people of Gujarat. It's a bumper win. We said earlier also that we will win over 150 seats," says Alpesh Thakor," he said.

Himachal Pradesh Chief Minister Jai Ram Thakur said he will tender his resignation to the Governor.

"I respect people's mandate. I want to thank Prime Minister and central leadership (for their support) during last 5 yrs. We'll stand for the development of the state irrespective of politics. We'll analyse our shortcomings and improve during the next term," Thakur told media persons in Shimla.


Congress in charge of Himachal Pradesh Rajiv Shukla said the party will implement 10 guarantees in the state.

Congress leader Sukhwinder Singh Sukhu said that the party will form government in the state.

"The BJP considered itself strong in Himachal Pradesh, PM Modi and Amit Shah visited the State several times. Congress is going to form the government with a full majority," he said.