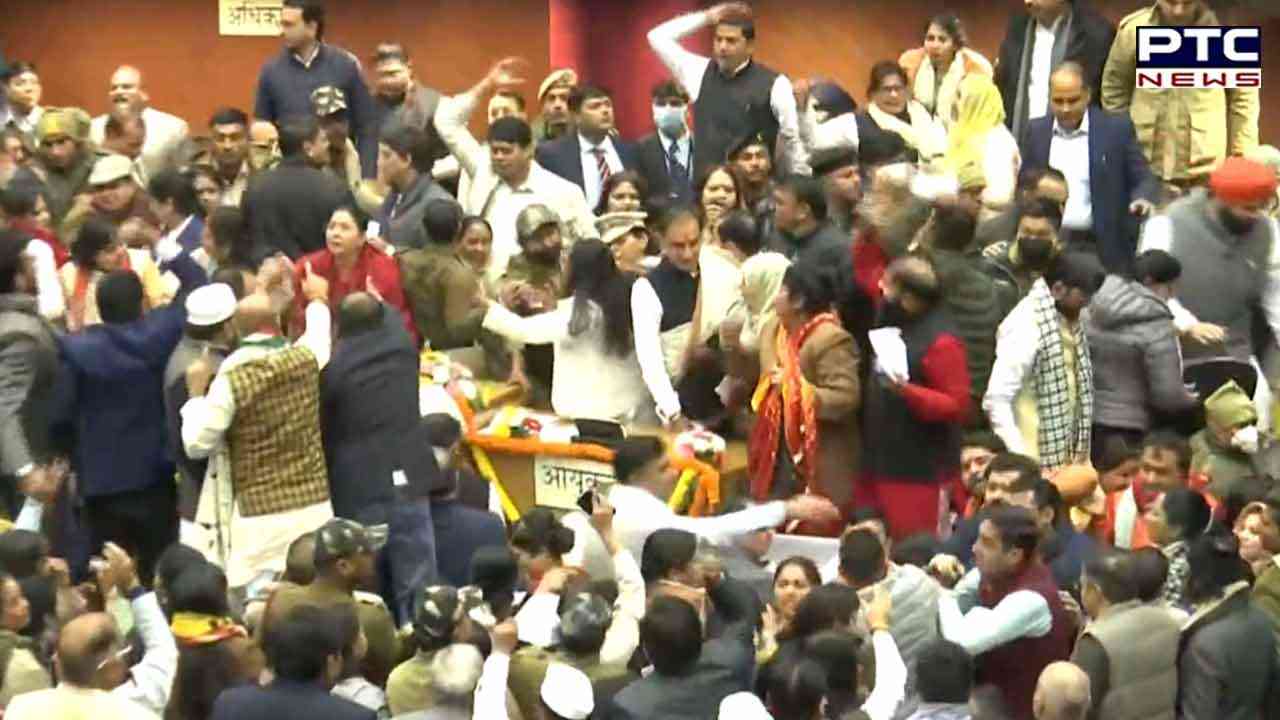 Delhi MC Mayor elections: Amid chaos and a clash between BJP and Aam Aadmi Party councillors at the Civic Center on Friday, the MCD House was adjourned even before the commencement of voting for the Delhi Mayor elections.


Councillors from both parties clashed and then took to protests with sloganeering against each other ahead of the Delhi MC Mayor elections. Marshals had to make their presence felt as several councillors were injured in the process.


The BJP has claimed that its councillors Inder Kaur, Anita Deoli and Kamaljeet Sherawat sustained injuries during the protest while the AAP took to social media to list its injured.

"There was a fatal attack on our councilor in the MCD House. BJP councilors involved in the attack," AAP MLA Saurabh Bharadwaj said.

A huge ruckus was witnessed at the Civic Centre, before the commencement of voting for the Delhi mayor elections, over the swearing-in of nominated councillors.

High drama ensued in the House for over an hour as Delhi was all set to elect its first single mayor in 10 years after the Municipal Corporation of Delhi (MCD) was unified last year. 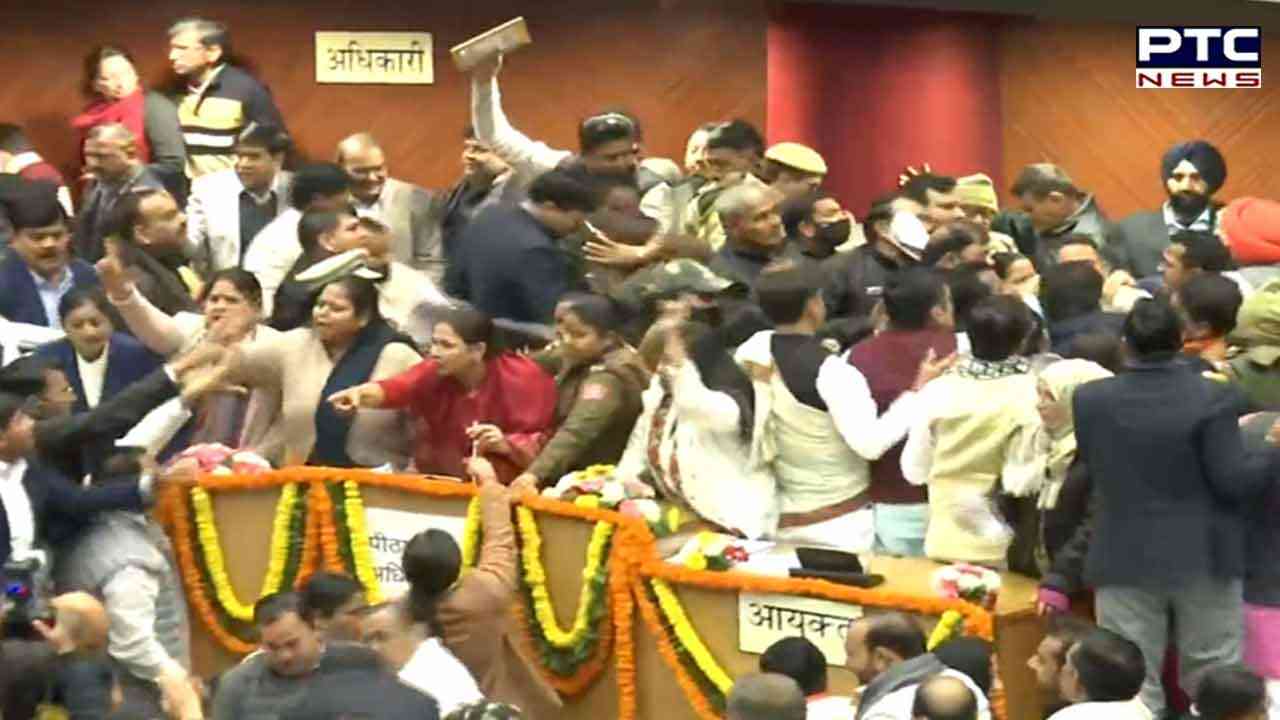 
The AAP, which won the MCD polls, with 134 seats has fielded two candidates - Shelly Oberoi along with Ashu Thakur. While Rekha Gupta, a three-term councillor from Shalimar Bagh, is the BJP's nominee for the mayor poll.

BJP MPs Dr Harsh Vardhan and Gautam Gambhir along with Pravesh Verma and Ramvir Singh Bidhuri were present during the proceedings of the House.

The AAP, which ended the 15-year-long reign of the Bharatiya Janata Party in the MCD polls held on December 4, has cried foul play over Delhi Lieutenant Governor VK Saxena's decision to appoint BJP councillor Satya Sharma as the presiding officer of MCD and 10 aldermen to the civic body.

As the House was adjourned over the ruckus, the LG House issued a clarification and said that any attempts to deviate from the decision or create confusion regarding it by the Aam Aadmi Party is nothing but its characteristic politics of deceit, blatant lies and deliberate attempts at misleading.

Along with the post of mayor and deputy mayor, the standing committee members will also be elected.