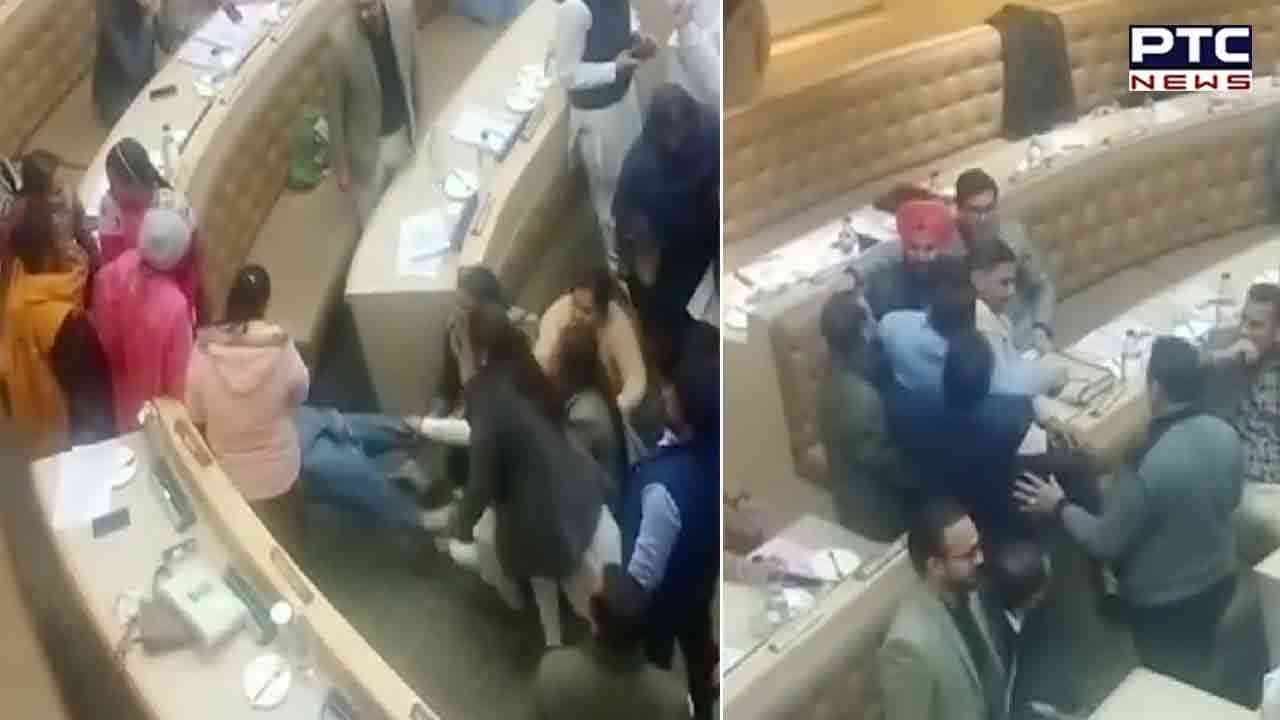 Chandigarh, January 22: Unruly scenes were witnessed at the General House meeting of the Chandigarh Municipal Corporation on Thursday. Mayor Sarbjit Kaur had to call marshals, who took AAP, Congress councillors out of the House for not allowing the proceedings.

According to information, Mayor Sarbjit Kaur had called the General House meeting, the last of her tenure, on Thursday. Soon after the meeting began, Opposition councillors started created ruckus and cornered BJP workers, including the Mayor, on many key issues.


Mayor Sarbjit Kaur had to call marshals, who then took AAP and Congress councillors out of the House. The councillors described the marshals as "BJP goons".


Notably, AAP, Congress councillors have been opposing the UT Administration's plan to levy charges for 18 services ( free for all at present) offered through Sampark Centres from January 1.

The Mayor said the opposition councillors had been creating commotion only for "photo session", which infuriated the former.

She also asked them to go and sit on their chairs, but Congress and AAP insisted that  they would not allow the House to function until answer is given regarding tax being imposed on certain services.


Another AAP councillor, Damanpreet, alleged that the Mayor had promised that water rates in the city would not be increased. Despite this, water rates had been raised and sewerage tax had also been added to it.


The councillors were taken out of the House by the marshals after they did not let the House function.