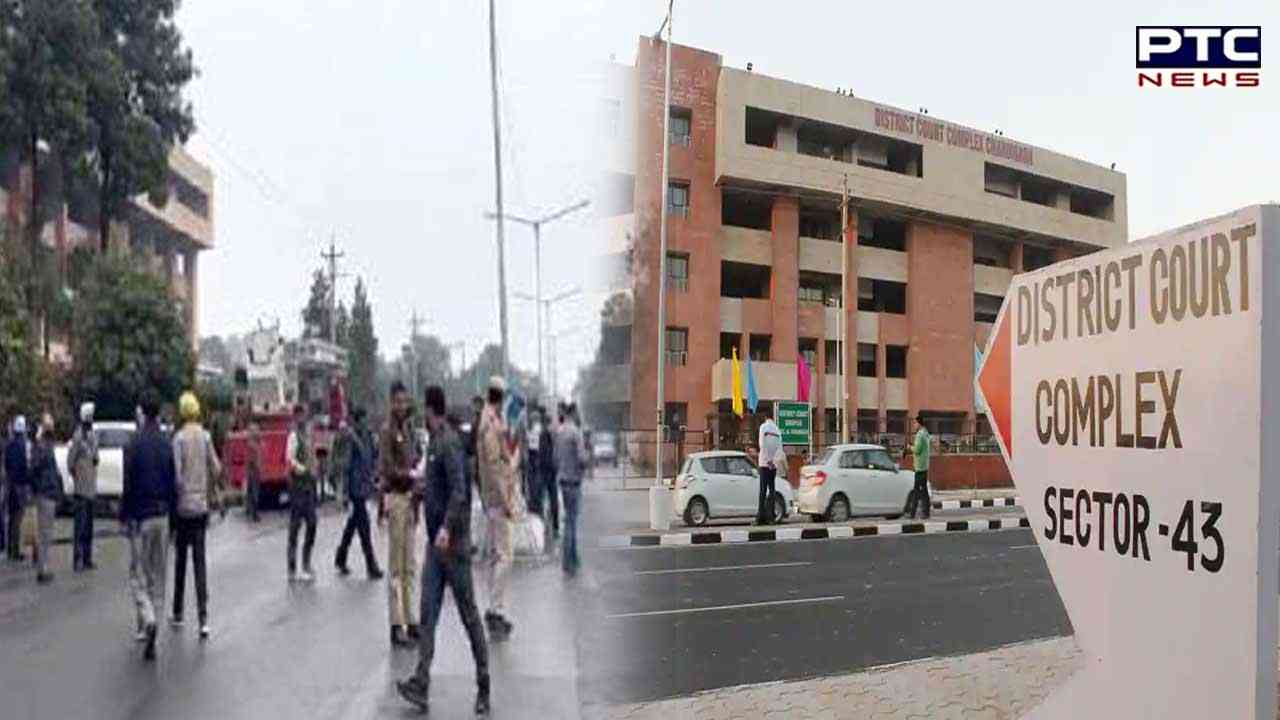 Chandigarh, January 24: The Chandigarh police on Tuesday said it recovered a carry bag containing a tiffin box and bottle from the Chandigarh court complex after receiving an anonymous phone call threatening a bomb blast.


Briefing the press on the recovery at the court complex, Chandigarh SSP Manisha Chowdhary said, "We have searched the area thoroughly and found a carry bag containing a bottle and a tiffin box." "The entire complex was evacuated and all nearby public places, especially parking lots and canteens, are being closely examined," she added.


SSP informed further that a team of Army personnel was due to arrive at the spot and will examine the recovered items.

"Teams from the Bomb squads in Haryana and Punjab, as well as Bomb Spider, Haryana have already reached the spot already. Army personnel from the Chandimandir cantonment will also be here shortly. We are not sure if the recovered items are part of an explosive device. The same could be ascertained only after the Army personnel and bomb experts inspect the items," she said.

She added that efforts are underway to trace the source of the anonymous call.


"We received a call that the an explosive device had been planted at the Chandigarh Court and it will be blown up at 1 pm. We are trying to find out where the call came from. We did not receive any threat letter but Harayana Police may have got one," she said.

SSP Chowdhary further informed that Punjab, Haryana and Chandigarh, which is the common capital of both the states, are on red alert ahead of the Republic Day and routine searches are underway at checkpoints.