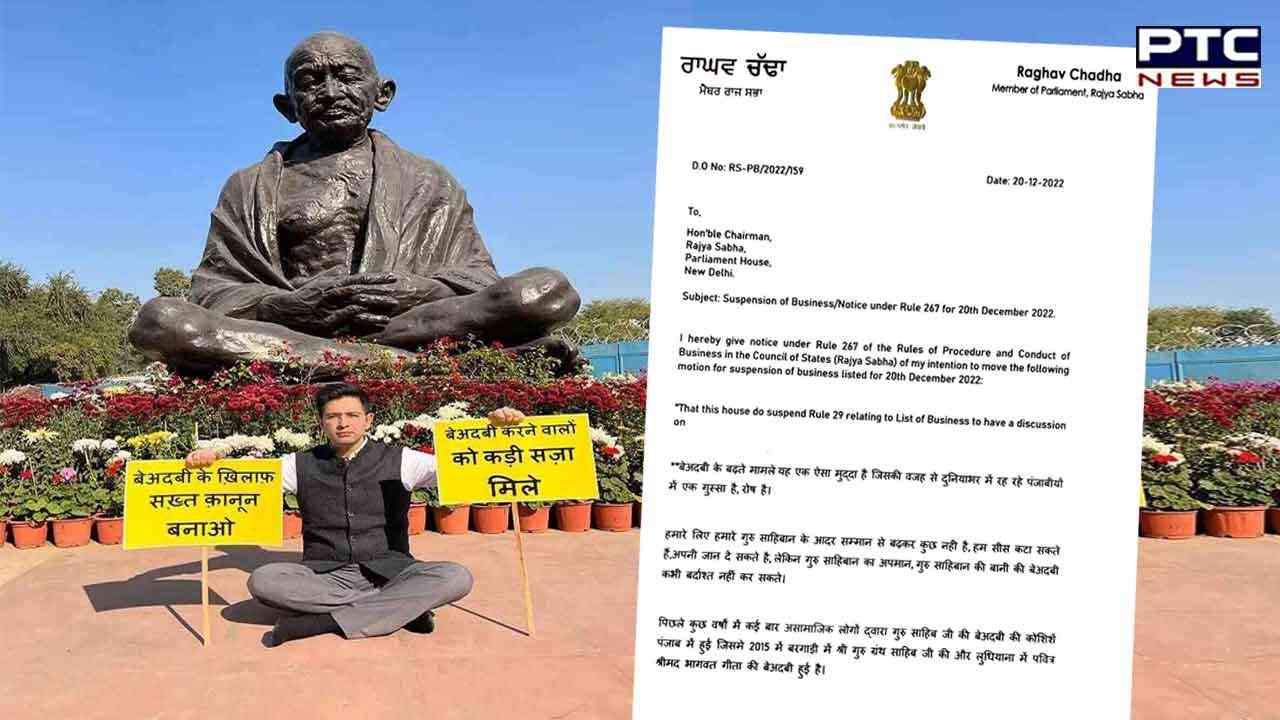 Chadha stated in his bilingual letter to the Chairman that the increasing incidents of sacrilege are agitating Punjabis all over the world. "Such insult of the holy book Guru Granth Sahib cannot be tolerated," he stated. He further reiterated the incidents of 2015 when Guru Granth Sahib was burnt in Bargari and Shrimad Bhagwat Geeta in Ludhiana and stated that numerous incidents of disrespect of holy books are coming forward.

"The punishments prescribed for such crimes under sections 295 and 295A of the Indian Penal Code are so lenient that the spirits of the ones responsible for it have turned higher," he said, adding that there is a need to enact a law that grants the harshest penalties to such offenders.

The Chief Minister, who met with Amit Shah here at his office, stated that the sacrilege of holy books is a major issue in the state. He noted that in this context, it has been felt that the quantum of punishment for the sacrilege of Holy Books as per existing provisions of Sections 295 and 295-A in the Indian Penal Code is too inadequate.