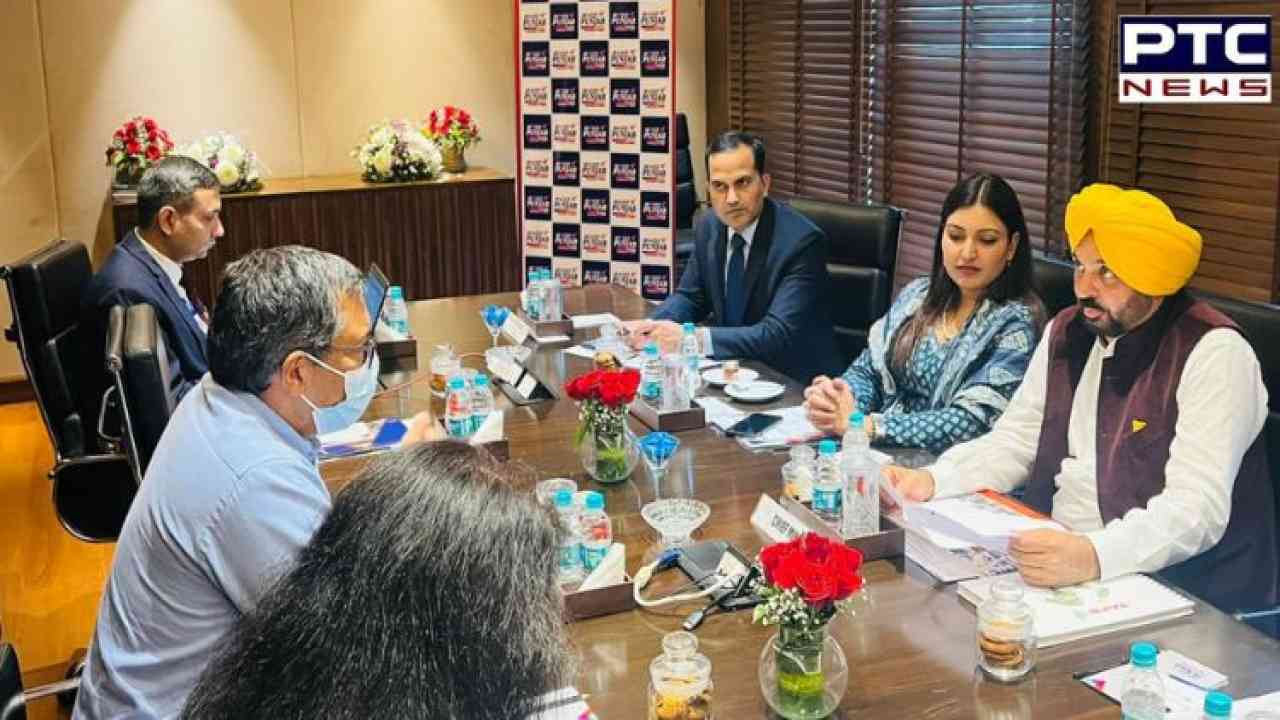 Chennai, December 19: Punjab Chief Minister Bhagwant Mann on Monday held back-to-back meetings with the top business tycoons and invited them to invest in the state, which has developed as a front-ranking industrial hub across the country.

A senior-level delegation from the Government of Punjab, led by the Chief Minister, embarked on a series of engagements in Chennai to promote Punjab as a preferred investment destination and economic powerhouse. During his one-on-one interactions with the captains of the industry including MD Murugappa Group, Chairman Tube India Investments Arun Murugappa, CFO and Board Member Ashok Leyland Gopal Mahadevan, CEO Tafe group Sandeep Sinha, MD, Lucas-TVS, Arvind Balaji and others detailed discussions across various sectors were held. The discussions ranged from potential collaborations in auto components, vehicle manufacturing, healthcare, skill development, agricultural implements, logistics and warehousing, renewable sources of energy, research and development and others.

The Chief Minister highlighted the various areas of strength and the advantages Punjab has for becoming a manufacturing hub for companies from overseas as well as those based in other parts of India. He said that Investors not only from Punjab but also from all over India and the world have recognised the Industrial power of Punjab and are becoming a partner in the state’s growth story. Bhagwant Mann said that it is evident from the fact that Punjab has received proposed investments of about Rs 27,000 Crores in the last nine months of his government which has the potential of generating 1.25 lakh employment.

The Chief Minister further said Government is working towards providing a seamless experience for the new industries and investors setting up their businesses in Punjab. He said that the simplification of processes such as single window system and time-bound incentives have been paramount in attracting entrepreneurs and corporates alike. Highlighting the State’s industrial prowess, Bhagwant Mann said the Punjab Government envisages transforming Punjab into a major industrial and export hub by facilitating businesses and creating an investor-friendly environment in the state.

Chief Minister also extended a warm invitation to all the leading industrialists to attend the Progressive Punjab Investors’ Summit scheduled for February 23-24, 2023. He also asked them to consider Punjab as a potential investment destination with assurance of all possible support from the State government.