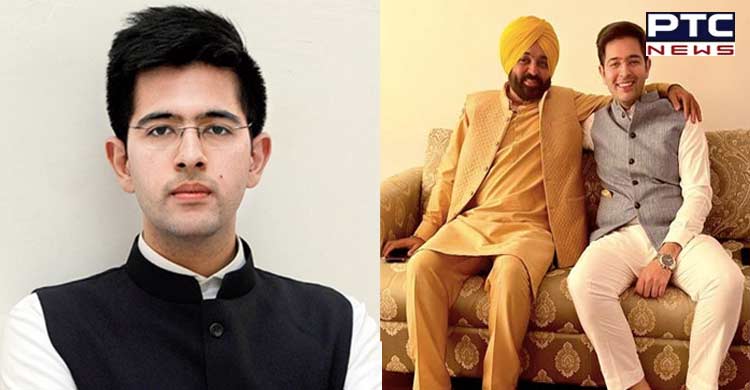 Sharing the information, a spokesperson of the Chief Minister’s Office stated that Bhagwant Mann cleared the file to this regard here on Monday.

An alumnus of top educational institutes across the globe like Modern School, Barakhamba and London School of Economics, AAP leader Raghav Chadha is a Chartered Accountant by profession and has the distinction of having worked with some of the biggest corporate firms in the world.

Though he received a nominal salary of only 1 rupee from the Delhi government, he is credited with plugging the pilferages of the revenue and cutting down corruption. Chadha's strenuous efforts have contributed to making Delhi a Revenue surplus state and thereby putting it on the trajectory of high economic growth.

Hailing from Jalandhar, Raghav Chadha's family moved to Delhi for work opportunities a few decades ago. However, he had always remained firmly connected with his roots and acted as a catalyst in revamping Delhi's Punjabi Academy thereby promoting the Punjabi language and culture in the national capital.

In his new role, Raghav Chadha will be in charge of overseeing the creation and execution of the AAP government of Punjab's pro-people initiatives and providing the government with adequate financial advice. His prudent financial sense and good financial expertise are likely to be a boon for the financially strapped Punjab, which is currently drowning in debt, as he is anticipated to play a crucial role in financial planning and making Punjab debt-free.

Meanwhile, Raghav Chadha said,"Mann Sahib has honoured me with an opportunity to do ‘sewa’ of the people of Punjab. I sought his blessings as I begin my new role. Will give my blood, sweat, tears and toil to make my elder brother and CM Bhagwant Mann proud."