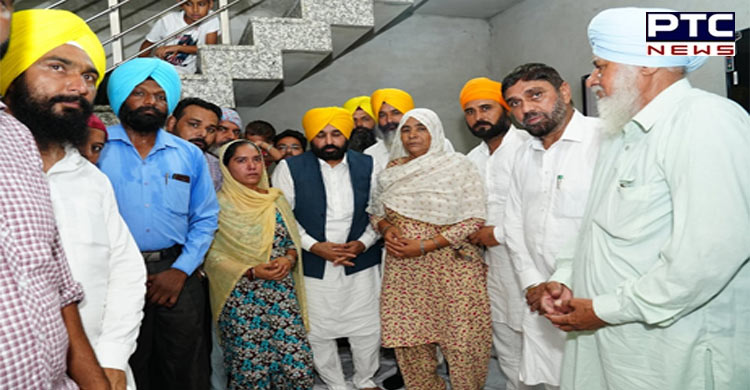 Lohke Kalan (Ferozepur), July 22: Reiterating the commitment of the state government to extend help to the families of soldiers attaining martyrdom, the Punjab Chief Minister Bhagwant Mann on Friday handed over a cheque of Rs 1 crore to the family of Jawan Kuldeep Singh, who laid down his life in the service of nation on the Indo-China border.

On a visit to village Lohke Kalan while offering condolences to the family members of martyrs, Chief Minister said, “Kuldeep Singh from 21 Sikh regiment of Indian Army had made the supreme sacrifice of his life while defending the borders of the country and Punjab government salutes this brave heart.”

The Chief Minister said that his government is always at hand to help and support the family. He said that the countrymen will always remain indebted to Jawan Kuldeep Singh, who attained martyrdom to safeguard the security and sovereignty of the country. Paying glorious tributes to the martyr Bhagwant Mann said that he brought glory to the country and especially to Punjab through his exemplary courage and professional commitment.

Recalling the unprecedented sacrifice made by Jawan Kuldeep Singh, the Chief Minister said that the family of this brave son of Punjab must feel proud and honoured as he attained martyrdom rather dying an ordinary death.

He assured the grieved family members that the state government was duty bound to help them in this hour of crisis and every step will be taken to extend a helping hand to the family. “I understand it’s a collosal loss but instead of grieving his demise, we must feel proud as he has laid down his life for a greater cause", added Bhagwant Mann.

Recalling the gallantry traditions of state, the Chief Minister said that Punjab has always stood for  peace, communal harmony and brotherhood due to the sacrifices made by such valiant people. 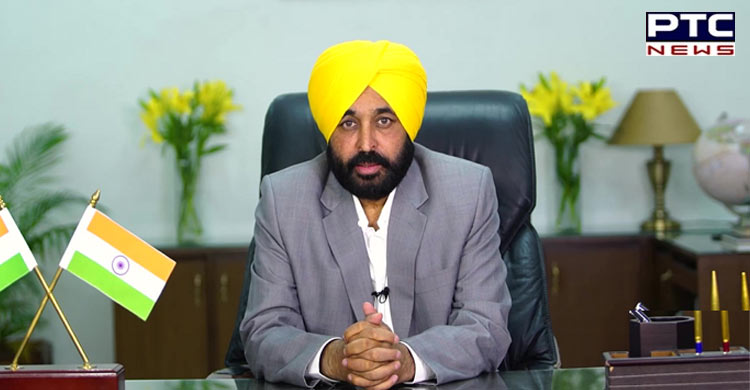 He said that all countrymen were with the family of this national hero, who had laid down his life at the altar of his motherland to protect its border. Bhagwant Mann said that the high ideals set by this braveheart  to serve the country with utmost zeal and dedication will never be forgotten.