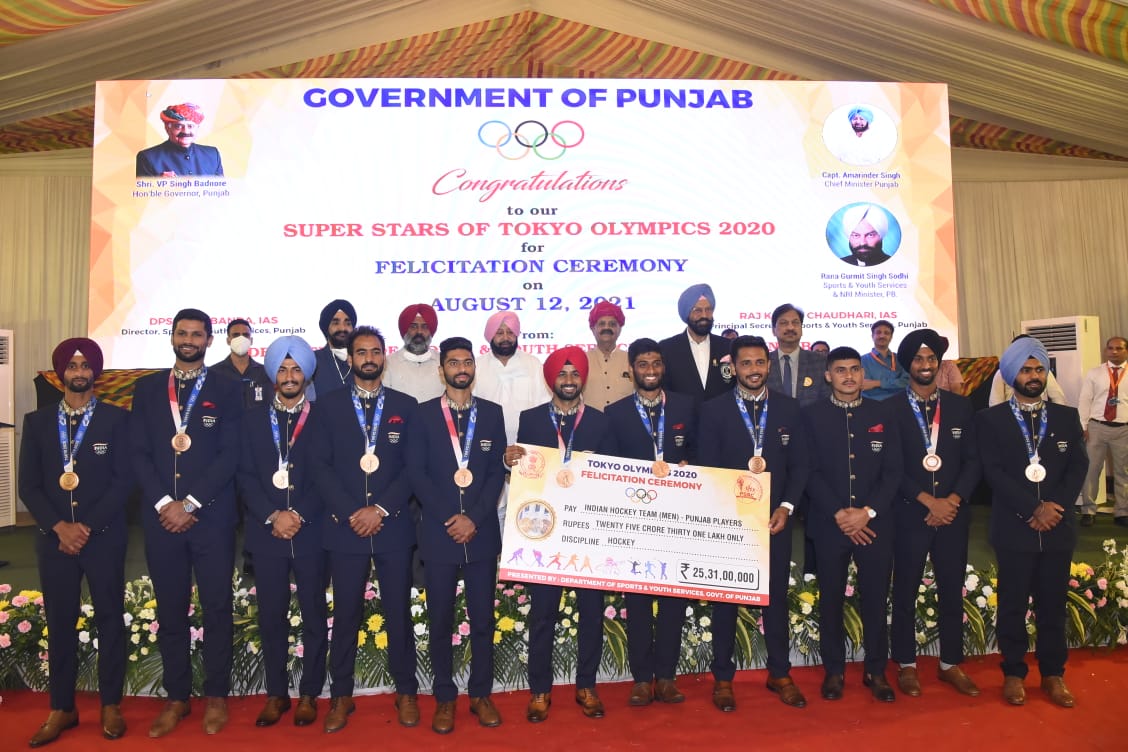 Tokyo Olympics 2020: Punjab Chief Minister Captain Amarinder Singh on Thursday said the state government would soon work out modalities for providing jobs to the medallists and asked the Punjab Chief Secretary to examine the matter on the top priority before taking a final decision.

In his address on the occasion to honour the Olympic medallists and the participants of the Tokyo Olympics 2020 with a cash reward of Rs 28.36 crore here in Chandigarh, the Chief Minister said Punjab had rewritten the history in the sporting annals of the country. 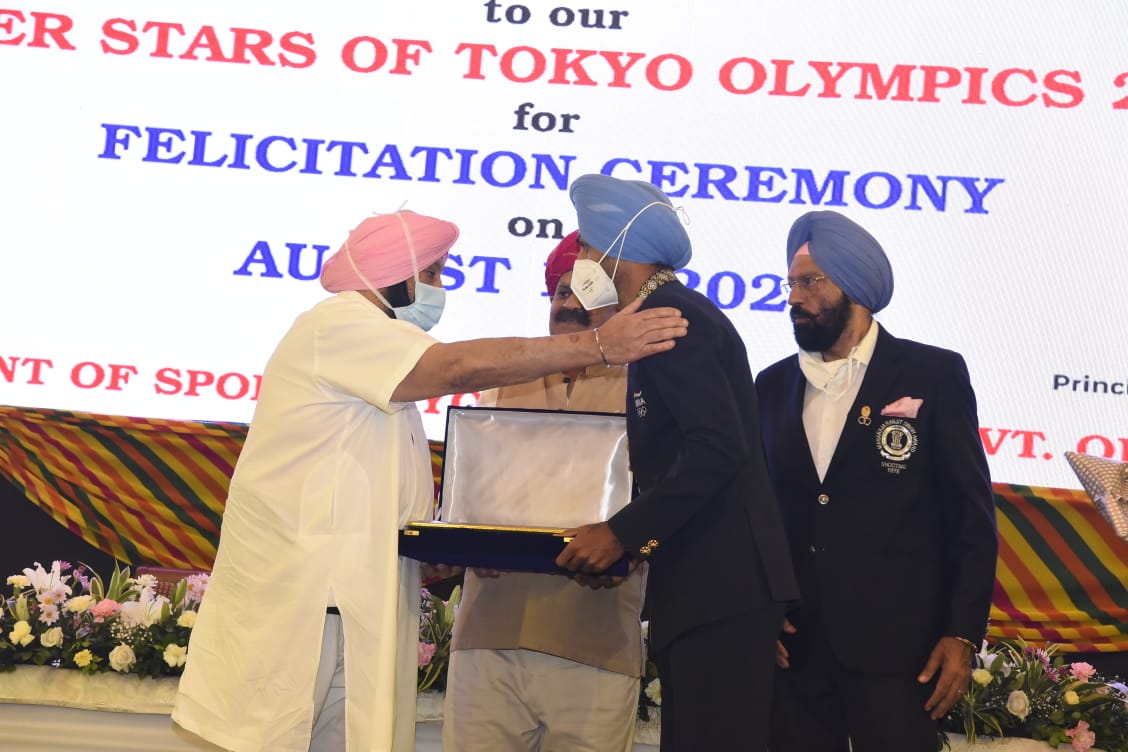 The Chief Minister along with Punjab Governor VP Singh Badnore also transferred the cash prize money online in the accounts of the Olympic medallists and participants. As a token of respect and gratitude, the Indian women's hockey players presented a hockey stick to the Chief Minister with signatures of all team members. 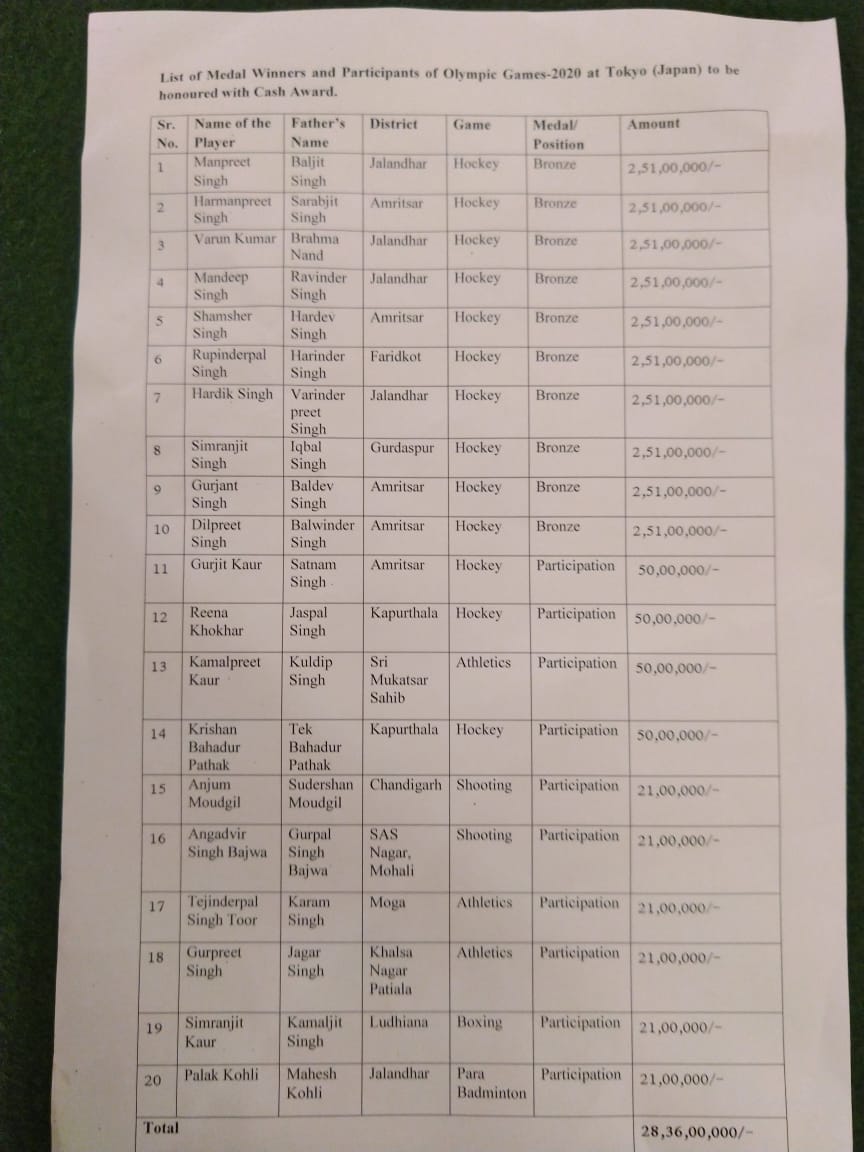 Lauding the performance of the men’s hockey team in the Tokyo Olympics 2020, the Punjab Chief Minister termed it as a beginning towards the revival of India’s lost glory in hockey.

Captain Amarinder Singh announced to name schools and approach roads leading to their native villages after the names of the players. He asked PWD and School Education Minister Vijay Inder Singla to identify such schools and roads so as to give due honour to the players, who made every Punjabi proud with their performance at the Tokyo Olympics 2020.

On the occasion, the Chief Minister promoted hockey team captain Manpreet Singh to the Superintendent of Police from the DSP in the Punjab Police.

While making a special mention of hockey legend Balbir Singh Senior and iconic athlete Milkha Singh, he said nobody would have been happier than these two stalwarts at this rare achievement, had they been alive today. He said the state government would also honour gold medallist javelin thrower Neeraj Chopra, who could not make it to the function. 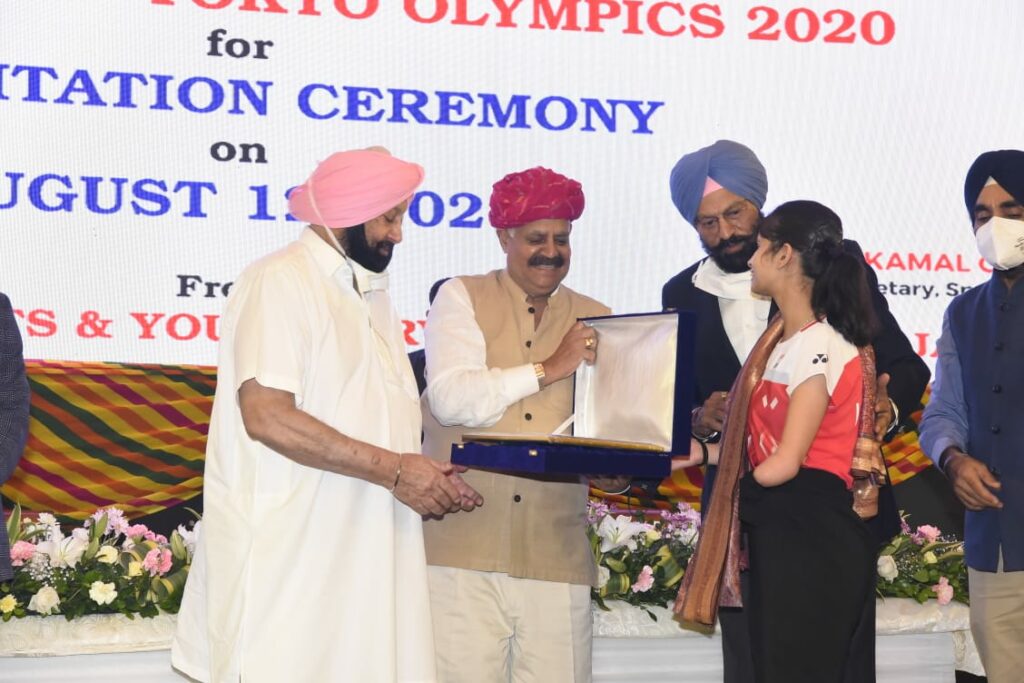 In his address, the Punjab Governor appreciated the spirit of these players to join the police force and also made an offer to the willing players for joining the Chandigarh Police.

Sports Minister Rana Gurmit Singh Sodhi announced that the Punjab Government would soon set up a prestigious hockey academy for women on the lines of Surjit Hockey Academy.