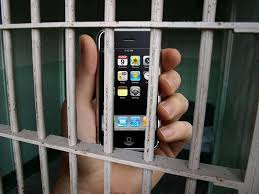 Goindwal Sahib, October 23: Goindwal Sahib Central jail administration on Saturday night recovered two mobile phones from the prisoners logged in jail under the drug cases. Taking them into possession, a case has been registered against both of them in the police station Sri Goindwal Sahib.

A Samsung company mobile phone was recovered from Sukhwinder Singh Sukha son of Baldev Singh, a resident of Nowshera Pannu, who is in jail under the case number 147/22 registered under the NDPS Act. Regarding which action has been taken against him.

A mobile phone of Samsung company has been recovered from the son of Vishal Charanjit Sharma, a resident of Mansa, who is behind the bar under the provisions of the NDPS Act at City Bathinda under the case number 67/21. Both the cases are being investigated by ASI Lakhbir Singh and ASI Balveer Chand respectively.