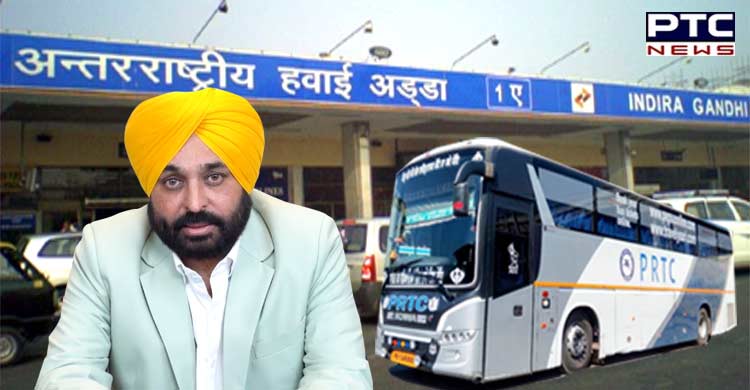 Chandigarh, June 10: From June 15, the Punjab Government, led by Bhagwant Mann, has decided to ply VOLVO buses to and from Delhi Airport. The fare will be less than half of that of private buses. The information was revealed by the Punjab Chief Minister LIVE on his official page.

Earlier, the Punjab Government had directed PRTC and PUNBUS to conduct road tests of their VOLVO buses and told to keep their fleets ready. It is learnt that PRTC fare would be Rs 787 per passenger from Patiala and Rs 880 from Ludhiana. The timetable of the bus service will be made according to the flight schedule.

Announcing the starting of VOLVO buses from Punjab to the IGI Airport and from the IGI Airport to different cities of the state, Bhagwant Mann announced that the tariff to be charged by PRTC and PEPSU buses would be less than half of what private operators were charging.

“The tariff will be less than half, and the facilities to commuters will be more. Recently, we introduced an excise policy through which the state will earn a 40 per cent additional revenue over the last year,” he added.