Rajasthan CM Ashok Gehlot after meeting Rahul Gandhi: It was a good meeting 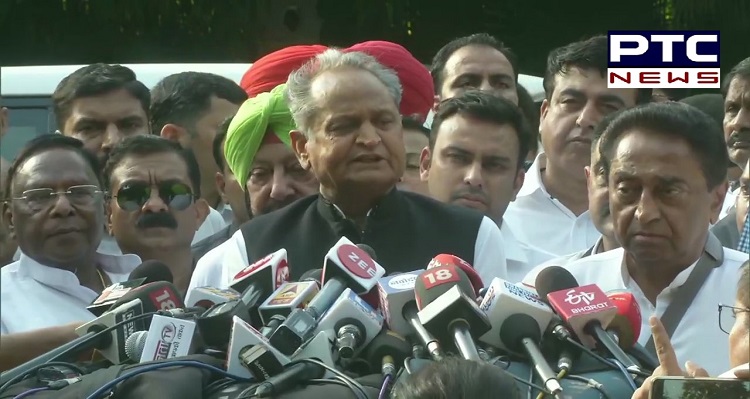 Rajasthan Chief Minister Ashok Gehlot on Monday met Congress President Rahul Gandhi along with Punjab CM Captain Amarinder Singh and several other senior Congress leaders to urge him to take back his decision. Ashok Gehlot, Captain Amarinder Singh, Kamal Nath along with other senior Congress leader addressed the media after meeting Congress President Rahul Gandhi. He said that it was a good meeting and they talked for over two hours.

Rahul Gandhi, on the other hand, has been adamant on the decision of resigning as a Congress President post-defeat in Lok Sabha Elections 2019. Meanwhile, Sonia Gandhi and Priyanka Gandhi have been trying to convince him to not to quit as Congress President, but he is rejecting all of these.

Rajasthan CM Ashok Gehlot spoke up on the reports that he & Madhya Pradesh CM Kamal Nath offered to resign in meeting with Rahul Gandhi. He said and ANI quoted, "Resignations are put in the day results come out, Chief Ministers have to offer their resignations, then high command takes the decision on what to do next."