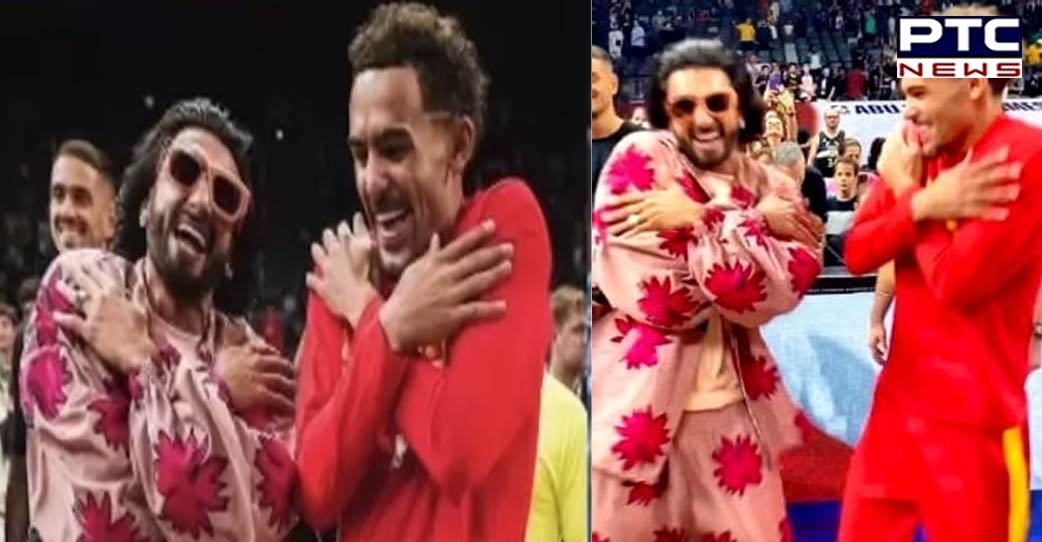 Trae Paaji naal Bhangra: Ranveer Singh's coolness quotient is top notch and when he grooves to fun Bollywood numbers, it sends the barometer into a tizzy!

After teaching National Basketball Association (NBA) legend 'Shaq' aka Shaquille O'Neal some 'desi' movies, Ranveer has once again proved that nobody masters the 'bhangra' but him - this time with NBA player Ice Trai!

Ranveer turned the basketball court on fire as he grooved to his song 'Gallan Goodiyan' with Ice Trai and well, netizens love it!

On Monday, Ranveer took to Instagram and shared the video. Decked in a fun, eclectic pink ensemble, Ranveer seemed overjoyed to be teaching the US basketball star his Bhangra moves! 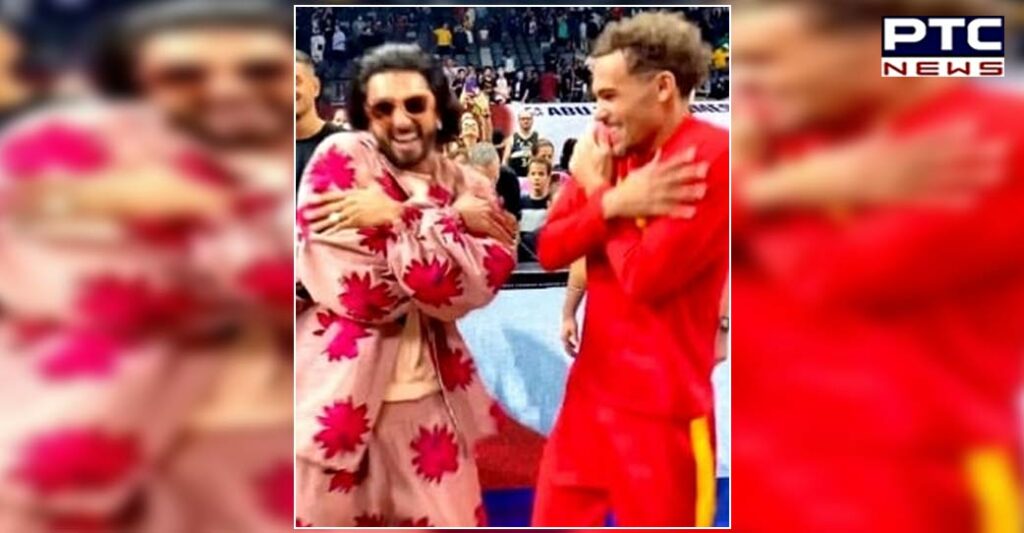 Singh was appointed as NBA Brand Ambassador for India in 2021. Since then, he has frequently been photographed at significant NBA events worldwide.

Singh dropped a dance video with NBA legend 'Shaq' leaving people in awe of his moves. The duo could be seen flaunting their dance moves on Ranveer's hit track 'Khalibali' from his epic film 'Padmaavat'.

Meanwhile, on the work front, Ranveer will be next seen in a period comedy film 'Cirkus' alongside Jacqueline Fernandez and Pooja Hegde. Directed by Rohit Shetty, the film is all set to hit the theatres on Christmas 2022.