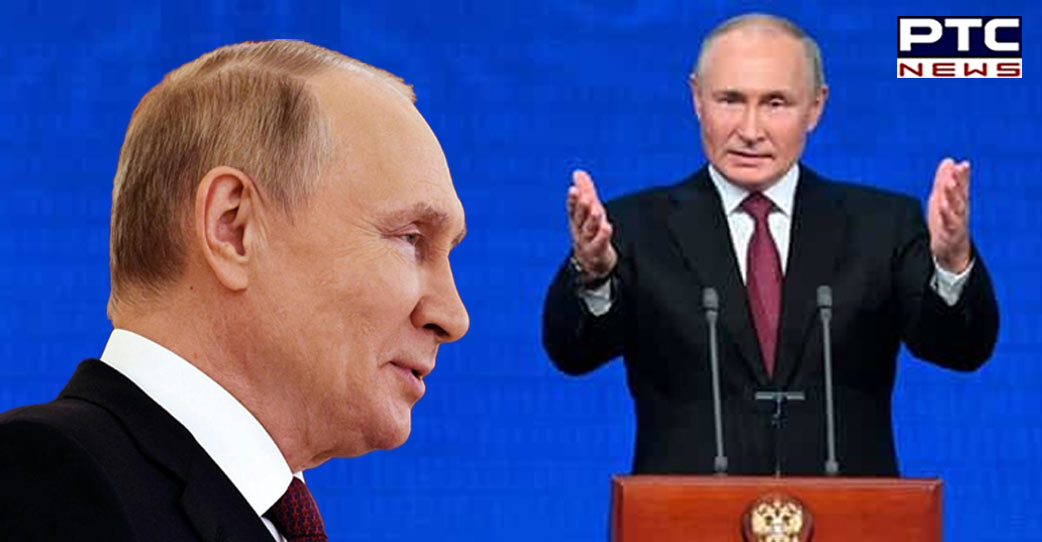 Washington, October 25: US State Secretary Antony Blinken spoke with Ukrainian Foreign Minister Dmytro Kuleba on Tuesday and reaffirmed his country's support for the war-ravaged nation as Russia continues to draw global attention to what Kremlin says is Kyiv's plan to use "dirty bombs" as a propaganda tool against Moscow.

"Secretary of State Antony J. Blinken spoke today with Ukrainian Foreign Minister Dmytro Kuleba. The Secretary reaffirmed enduring U.S. support for Ukraine in the face of continued Russian aggression, atrocities, and rhetoric surrounding so-called "dirty bombs" in Ukraine," said State Department Spokesperson Ned Price. This phone comes amid Russian claims that Ukraine is preparing to use a dirty bomb, which is reportedly a mix of explosives with radioactive materials. A dirty bomb is a mix of explosives, such as dynamite, with radioactive powder or pellets. When the dynamite or other explosives are set off, the blast carries radioactive material into the surrounding area.

"A dirty bomb works completely differently and cannot create an atomic blast. Instead, a dirty bomb uses dynamite or other explosives to scatter radioactive dust, smoke, or other material in order to cause radioactive contamination," according to US Centers for Disease Control and Prevention.

On Sunday, Russian Defense Minister Sergei Shoygu spoke to defense ministers of the UK, the US and France to warn about the 'dirty bomb' threat posed by Ukraine.

In a joint statement, the three countries said, "Our countries made clear that we all reject Russia's transparently false allegations that Ukraine is preparing to use a dirty bomb on its own territory. The world would see through any attempt to use this allegation as a pretext for escalation. We further reject any pretext for escalation by Russia."

Meanwhile, Russia has asked UN chief Antonio Guterres to do everything he can to prevent Ukraine from carrying out its "dirty bomb" provocation.

"We call on the Secretary-General of the United Nations to do everything in his power to prevent this heinous crime from happening," the letter reads. "We will regard the use of the `dirty bomb' by the Kyiv regime as an act of nuclear terrorism," Russian Permanent Representative to the United Nations, Vasily Nebenzya, said in a letter seen by TASS.

"These allegations are false," a senior Defense Department official told reporters at the Pentagon on Monday.

"The world would see through any attempt to use this allegation as a pretext for escalation. Notably, however, ... we still have seen nothing to indicate that the Russians have made a decision to employ nuclear weapons," the US official said.

The US will continue to monitor the situation closely and keep the lines of communication open between allies, partners, Ukrainians and the Russians, the official added.