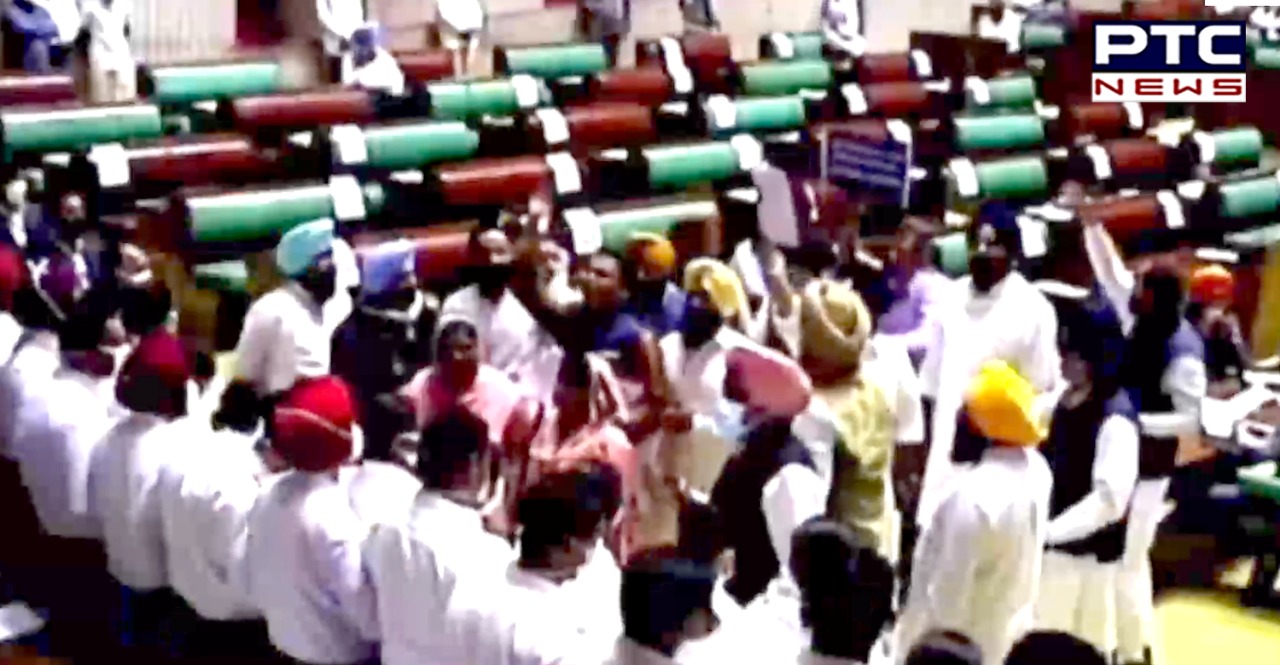 All MLAs stormed the Well of the House after which the Shiromani Akali Dal MLAs staged a walkout.

Likewise, the Punjab Assembly Speaker suspended all Shiromani Akali Dal MLAs for the rest of the budget session after they repeatedly interrupted CM Captain Amarinder Singh’s speech on Governor’s address.

Even On Thursday, the SAD leaders had staged a walkout of the House during the Punjab Budget Session 2021.

SAD MLAs have been raising voices against several issues including electricity bills, fuel price hike, and others.

On Day 1 of the Budget session, the SAD President Sukhbir Singh Badal, party leader Bikram Singh Majithia among the others were detained by the Chandigarh Police while they were marching towards the Punjab Assembly.

On Thursday, the SAD MLAs rode to the Punjab Assembly on bullock carts, demanding a reduction in the tax levied by the Punjab government.