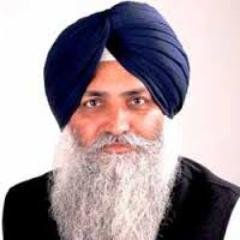 Chandigarh: The Shiromani Akali Dal (SAD) today said the family of late controversial chief minister Beant Singh had exploited his death to reap a job for his grand-son 23 years after the assassination even as it asserted the new Congress government had not learnt any lesson from history and was ready to rake up the wounds of the past with impunity.

In a statement here, former chief parliamentary secretary Virsa Singh Valtoha said not only was the appointment of Beant Singh’s grand-son Guriqbal Singh morally and ethically incorrect, but it was also wrong administratively. “The government has chosen to reward a grand-son of a chief minister under whose autocratic rein hundreds of youth were killed in false encounters and human rights excesses and State repression was the order of the day. The chief minister has himself admitted recently that 21 youth who had surrendered to the State during Beant Singh’s regime were eliminated. Instead of registering a case in this regard and offering them compensation in the form of State jobs, the government is rewarding the grand-son of the leader during whose reign these excesses took place”, Mr Valtoha added.

The Akali leader also pointed out that thousands of lives had been snuffed out during the period of militancy in the State. “Did any of the kin of victims of police excesses get job as DSP’s. Did even the family members of security personnel who died along with Beant during the bomb blast at the Punjab secretariat get jobs as DSPs? The chief minister must explain why this special favour had been shown to Beant Singh’s family only”, he added.

Mr Valtoha also disclosed that giving a job to Beant’s grandson was also wrong administratively. He said the Supreme Court had made it clear that jobs under the compensation category should only be given to families whose sole bread winner had passed away rendering it impossible for the survivors to make ends meet. He said this did not apply to Beant’s family. He said the late chief minister’s son and daughter had served as ministers. Beant’s wife was given cabinet rank status. “They continue to live in a large house on State expense. Beant’s grandson Ravneet Singh Bittu is an mp while another Gurkirat is a legislator. After acquiring so many positions if the family feels it has not been compensated for the death of Beant Singh then the family is engaging in sheer exploitation”, Valtoha added.

The SAD leader said beside this the appointment had also been questioned by State departments. He said the finance department had pointed out that this appointment was not tenable but had been overridden He said Guriqbal had even overstepped the age limit to be considered for this job.

Stating that all these facts proved that the Congress government had rewarded Beant’s grandson with a plum job solely to appease the family of the late leader, Valtoha said the government must explain if this was its way to give employment to youth? “Lakhs of youth in Punjab are waiting to be given employment as promised by you. Instead of starting on this task the new Congress government is bent on sharing the spoils of power as this appointment as well as recent auction of sand and gravel mines has proved”, he added.