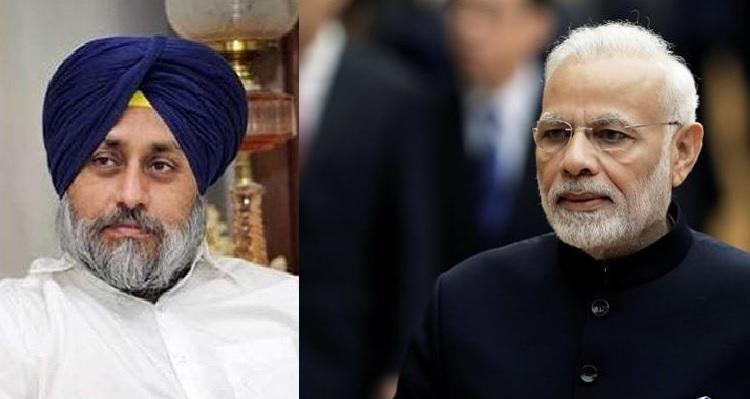 Chandigarh: Shiromani Akali Dal (SAD) President Sukhbir Singh Badal on Thursday thanked Prime Minister Narendra Modi for sanctioning the establishment of one new medical college at Kapurthala at a cost of Rs. 325 crore under a centrally sponsored scheme, saying it would go a long way in providing basic medical care as well as medical education opportunities to the people in and around Kapurthala district.

In a statement here, the SAD president hailed the central government’s decision to establish a medical college at Kapurthala, saying the Prime Minister had  fulfilled a long-standing demand of the constituents of this area who were suffering due to lack of basic medical facilities in their district.

“Establishment of a new medical college would prove a boon for the people as well as students of this area,” he said adding that the NDA government was delivering on its commitment of providing medical care to every nook and corner of the country.

Giving details of the project, the SAD president said that the central government had given approval for constructing a medical college at Kapurthala in Punjab at the cost of Rs.325 crore which would be shared by both the center and state government with the ratio of 60:40 percent respectively. “

The Major amount of the project to the tune of Rs. 195 crore, i.e. 60% share would be incurred by the central government while the remaining amount of Rs.130 crore would be contributed by the Punjab government. I hope this time the Congress government will not put any hurdle in the way of this centrally sponsored project as it did to the AIMS Bathinda project by not giving necessary clearances in time ,” he added.