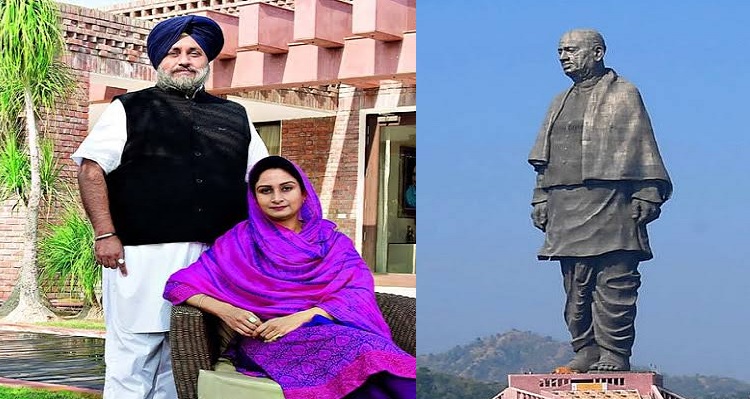 Exhorting Indians to rise above petty differences, Sukhbir Singh Badal said, "I join the nation in saluting Iron Man of India Sardar Vallabhbhai Patel. His principles and determination made him a statesman with an indomitable will. The perfect tribute to him would be to rise above differences of caste, region and religion to stay united as Indians."

Union Minister Harsimrat Kaur Badal said, "Heartfelt tributes to Iron Man Sardar Vallabhbhai Patel on his 144th birth anniversary. Sardar Patel, the statesman with an indomitable will, continues to tower over the hearts and minds of all Indians."

Meanwhile, Prime Minister Narendra Modi shared a video paying tribute the Iron Man of India. He also paid homage to Sardar Patel at the ‘Statue of Unity’ in Gujarat.