Sidhu Moosewala's parents get their son's tattoo inked on their arms 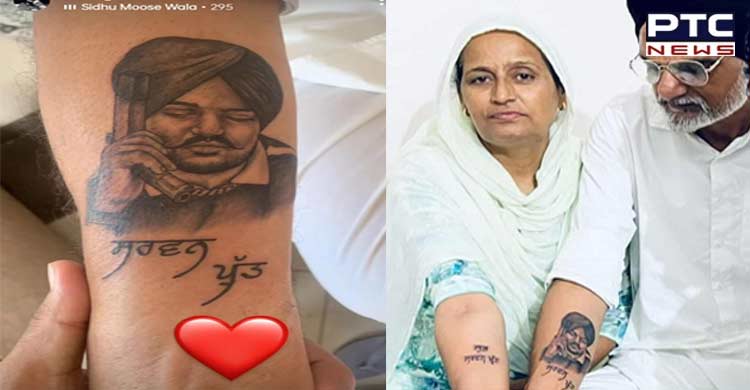 A video of his heartfelt tribute to Sidhu Moosewala was shared on social media, garnering love and praise from followers.

Sidhu aka Shubhdeep Singh Sidhu was 28 years old when he was killed on May 29 in Punjab.

The late singer's father got a tattoo featuring his son’s face. The tattoo also had 'Sarwan Putt' written in Punjabi which loosely translates to ‘obedient or caring son’.

The late singer's official Instagram page shared a video of Balkaur Singh getting tattooed, which the family opted to keep active in order to stay in touch with his fans. A person can be seen making Sidhu's face on his father's arm in the video shared on Instagram Stories.

A clear tattoo can be seen in a later Instagram Stories photo.

Sidhu Moosewala was shot dead in Punjab's Mansa district on May 29. The singer had joined Congress in December 2021, months before his death, ahead of the state Assembly elections in Punjab.