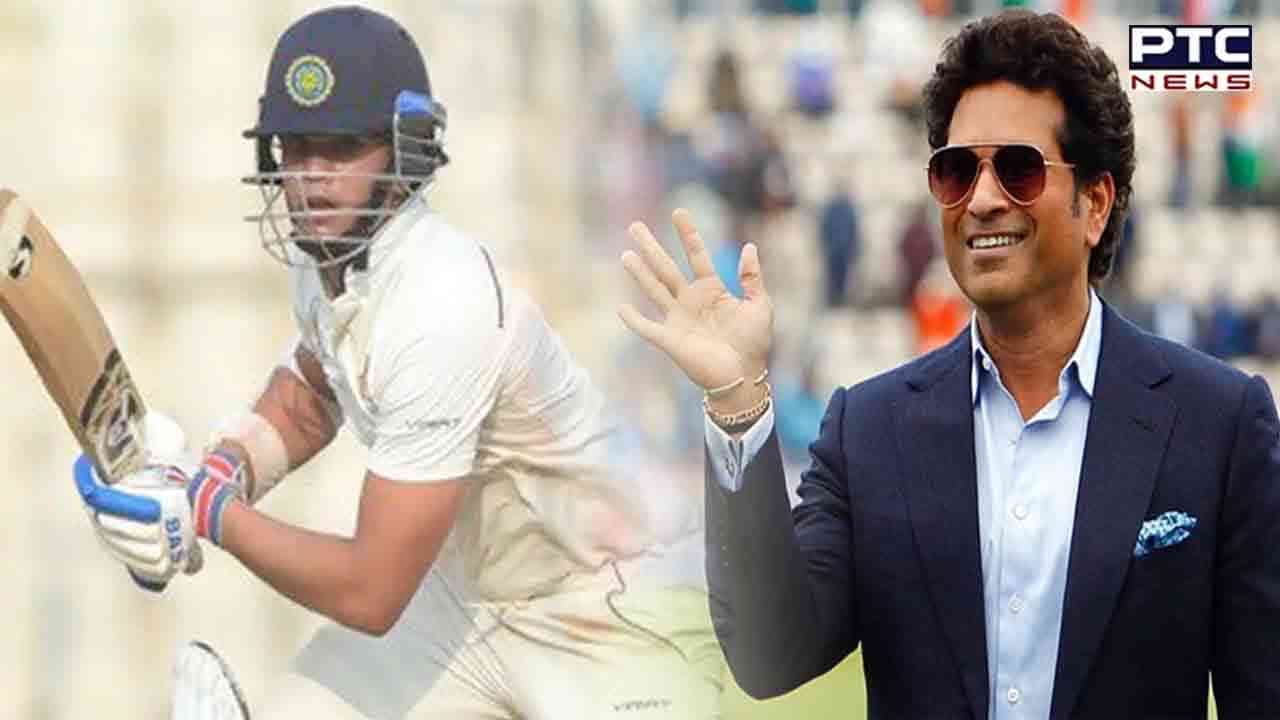 Indian cricketer Sachin Tendulkar, followed in the footsteps of his father to

score a century on his Ranji Trophy debut against Rajasthan on Wednesday.


34 years back in 1988, it was Sachin who had smashed a century against Gujarat

son, who is also making his first-class debut, who reached the triple figures

against Rajasthan. Arjun is primarily a fast bowler and moved to Goa from

Mumbai at the start of the season for more opportunities to play. Before making

this shift, he had represented Mumbai in only two T20 matches.

After Eknath Kerkar fell for just 3 runs, with the scoreline reading 201/5 for

Goa, Arjun arrived at the crease. He finished the first day of the match with

four runs next to his name. The next day, Arjun along with Suyansh Prabhudessai

continued to make Rajasthan bowlers toil hard for a breakthrough. By the time

of tea on the second day of the match, the pair had added an unbeaten stand of

score currently stands at 410/5 after being put to bat by Rajasthan.

Mushtaq Ali Trophy, in which he took 10 wickets in seven games at an economy

rate of 5.69. He continued his good run in the Vijay Hazare Trophy as well,

taking seven wickets in eight matches at an economy rate of 4.98. He finished

as Goa's leading wicket-taker in the competition, as per ESPNCricinfo.

League (IPL) but has not made his debut for the team.