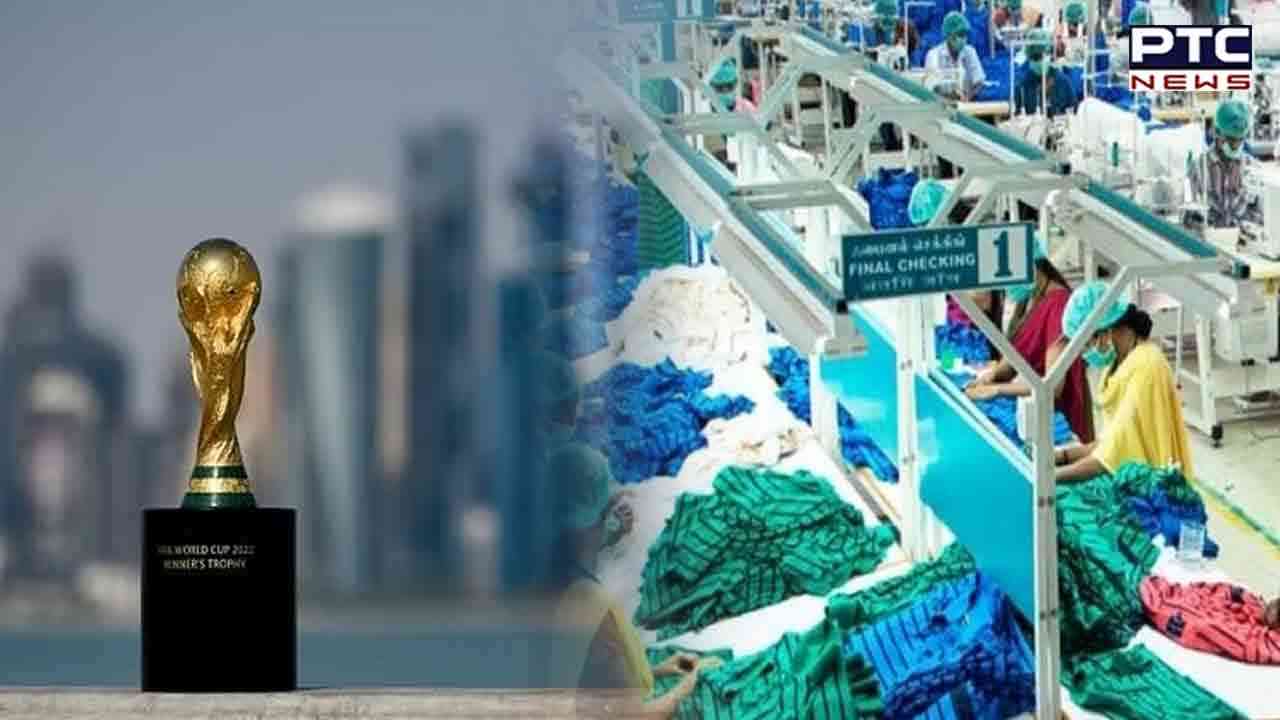 New Delhi, November 23: The joyfulness of the FIFA World Cup 2022 in Qatar is rolling far away in India where a section of villagers were hired in making T-shirts, tracksuits and caps and shipping them to Qatar for the prestigious tournament which kick-started on Sunday.

As per the Omanobserver, Tirupur in Tamil Nadu started out as a knitwear cluster but has since completely changed into the nation's centre for worldwide textile manufacture. The ports in the neighbouring states utilised for the shipment of the cargo, as well as Tirupur, greatly benefited from the export of sportswear to the 2022 World Cup venue.

According to media reports, some 17 garment consignments were dispatched to Doha from Kerala's Cochin International Airport Limited (CIAL) from October 1 to November 12.

According to a senior officer of CIAL, the export of consignments helped the local garment exporters.

"Even though temporary, as the supply would stop after the game is over, there is cheer among the garment companies in Tamil Nadu's Tirupur and exporters in Cochin," the official was quoted as saying by Omanobserver.

By becoming a truly sustainable global apparel-making centre, Tirupur has created a precedent. Currently, India's knitwear cluster has undergone a complete transformation into a major global centre for the production of garments.

"For the last ten years, we have been strictly pursuing our ZLD model, and along the way, we have also taken up multiple projects aimed at reducing our carbon footprint significantly. As a green cluster, we have gone much ahead," said the report quoting A Sakthivel, President of, Federation of Indian Export Organisations; chairman, the Apparel Export Promotion Council and founding president of TEA.