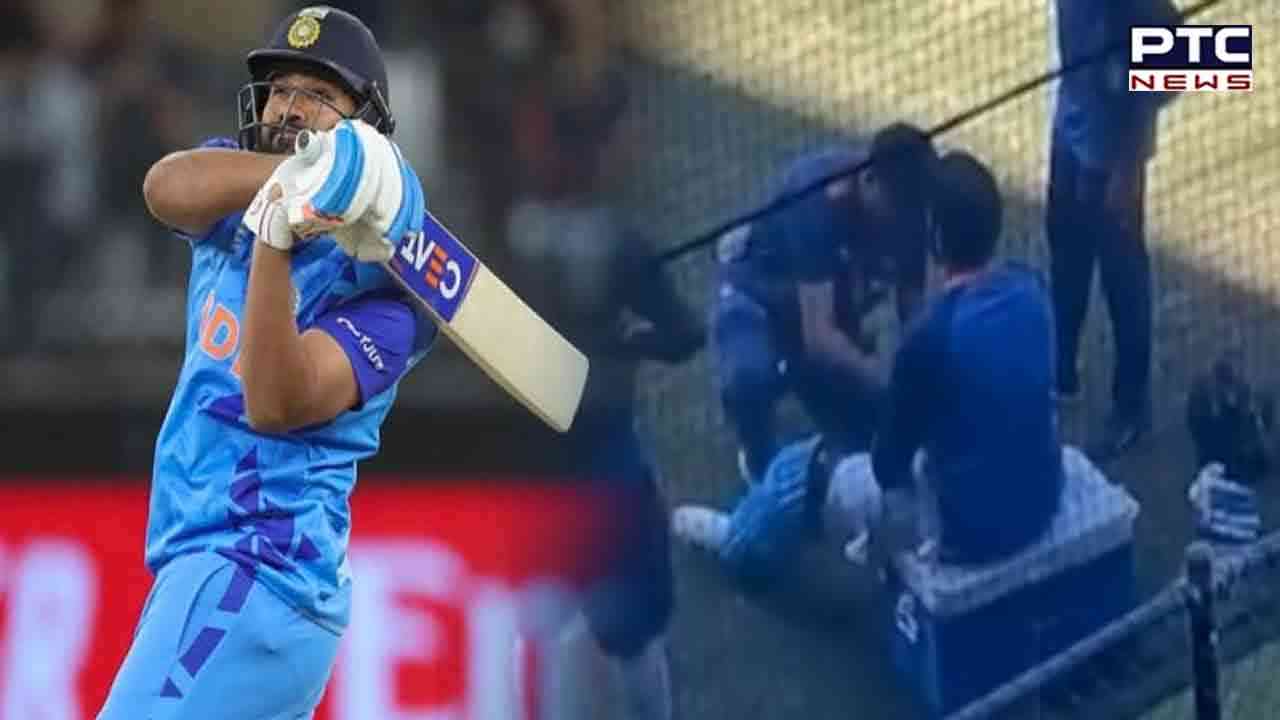 Adelaide, November 8: Star opener Rohit Sharma faced an injury scare ahead of team India's crucial semi-final clash against England after being hit on his right hand by a throwdown specialist during a net session on Tuesday at the Adelaide Oval.

The Indian captain was batting in the nets to the throwdown specialist when the ball snuck up on him and hit him on his right hand. He was immediately seen writhing in pain and quickly used the magic spray to reduce the intensity of the pain. There were concerned faces in the team after star opener Rohit Sharma was hit as he is an important cog in the wheel for the Indian team.

Rohit, however, did not leave the training session and nursed his hand with an ice pack for about half an hour before returning to the net session. The team breathed a sigh of relief after he resumed his training.

The Indian batter has scored 89 runs in the ongoing T20 World Cup, with his highest score of 53 coming against the Netherlands. 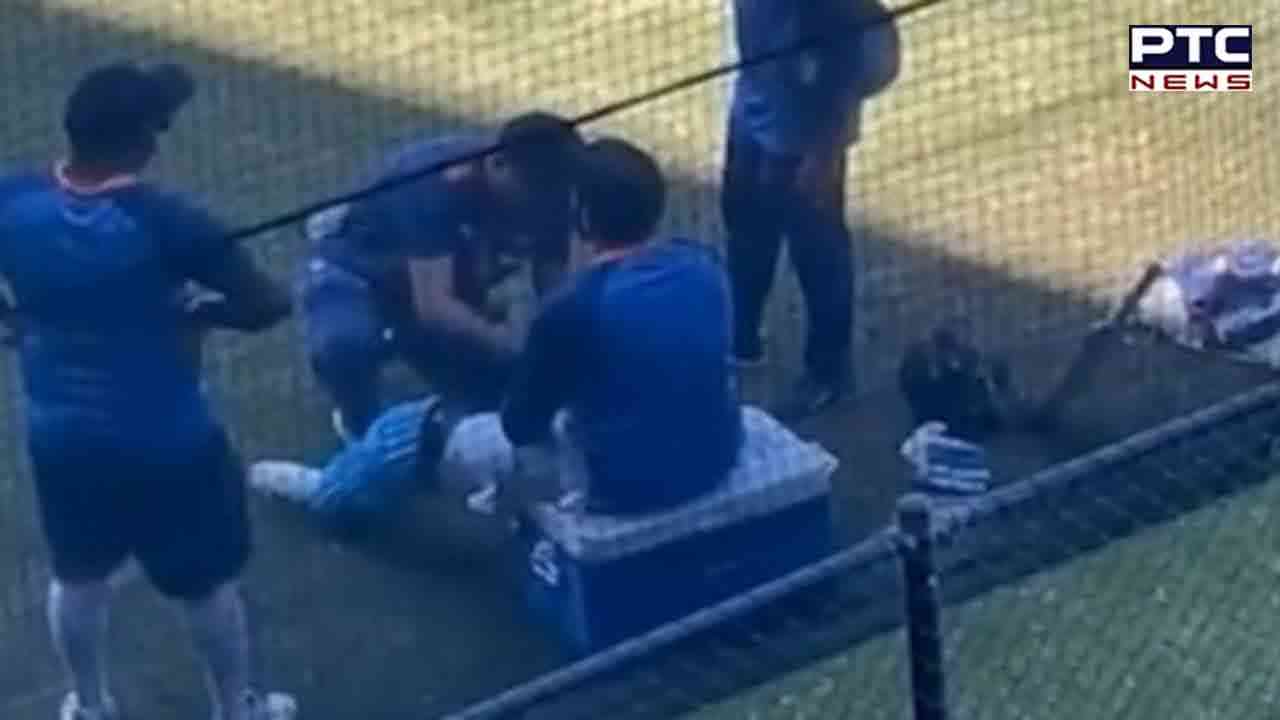 Following his side's 71-run victory over Zimbabwe in their final ICC T20 World Cup Super 12 stage match, Indian skipper Rohit Sharma had said that it will be important to adjust to conditions as quickly as possible ahead of their semifinal clash against England at Adelaide on Thursday.

India are scheduled to play England at the Adelaide Oval on Thursday, November 10 in the semi-finals of the ongoing T20 World Cup.

Earlier, Suryakumar Yadav's breathtaking knock of an unbeaten 61 from 25 balls followed by superb bowling from the bowlers helped India bundle out Zimbabwe for 115 to clinch a 71-run win in their final Group 2, Super 12 match of the ongoing ICC T20 World Cup at Melbourne on Sunday.