If you google search “Pyeong”, the expected answer would be “PyeongChang is very different from Pyongyang. Do not confuse, please.”
Intriguingly, the same answer was given by the Governor of South Korea’s Gangwon province, Choi Moon-Soon, when he addressed international media some time ago.

The German example apart, there are hardly any other instances when cities, provinces or nations with similar names merged.

The case of Koreas is an example.

It is not an uncommon mistake to confuse PyeongChang and Pyongyang even though the two cities representing South Korea and North Korea have slight variation in their spellings.

Both PyeongChang and Pyongyang have been hawking newspaper headlines for different reasons.

PyeongChang has been in the news as the host city of the 2018 Winter Olympic Games. And it will also enter history books as the host of coldest Winter Games in past several decades.

And Pyongyang have been in headlines about a possible nuclear war threatening the world in general and the US in particular.

PyeongChang is a county in South Korea’s Gangwon province in the east of the Korean Peninsula while Pyongyang is the capital city of North Korea in the west of the Korean peninsula.

While the olympic host county has a small population of 44,000, its North Korean name sake has 2.8 million inhabitants.

While PyeongChang has the slogan of “Happy700 Pyeongchang” referring to the country’s elevation of 700m, the North Korean capital is listed at 38m and has the slogan “Dynamic Labors”.

The South Korean county is the official host of the 2018 Olympic Winter Games, the earlier speculation of North Korea sharing hosting duties of some events were rejected due to a lack of time to prepare the possible venue.

As host nation, South Korea is guaranteed entry in all sports on the 2018 Winter Olympic program while North Korea agreed to participate in the PyeongChang 2018 games following negotiations with South Korea. North Korea has sent 22 athletes, including 12 members for a unified Korean women’s hockey team.

Kimchi, a must for all Korean food, is much spicier in South Korea. In addition, South Koreans have access to American fast food giants, that are barred from doing business in the North. “Cold noodles” or naengmyeon is a classic North Korean dish.

Popular destinations in PyeongChang include Woljeongsa Temple, the exciting Ocean 700 Water Park or the Korea Botanic Garden. while in Pyongyang popular tourist destinations are the State Circus, the Victorious Fatherland Liberation War Museum or The Metro and all tours in Pyongyang must be guided and officially sanctioned. 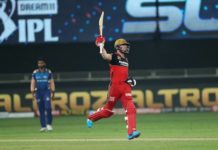 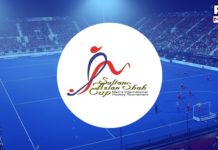 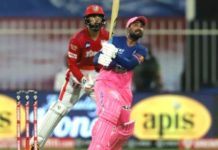