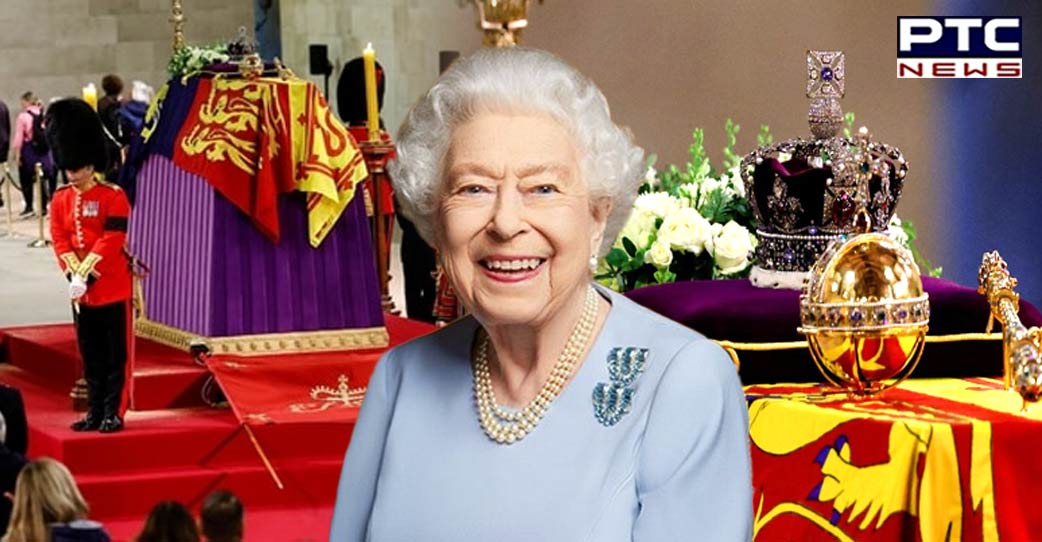 London, September 19 : The longest-serving monarch of the UK - Queen Elizabeth II - who died on September 8 at Balmoral Castle in Scotland, will be laid to rest at Westminster Abbey in London today.

According to a statement by the UK royal family, the state funeral of the Queen will take place on Monday at 1100 hrs BST. Queen Elizabeth's coffin draped in the Royal Standard is currently lying in state in London's Westminster Hall for members of the public to pay their respects to the Queen.

A Committal Service will then take place in St George's Chapel after which Queen Elizabeth II will be buried in the castle's King George VI Memorial Chapel.

Numerous guests ranging from political heads of countries to distinct royal family members and dignitaries from across the globe will fly to the UK for the funeral of Queen Elizabeth II. The Queen's funeral is the first state funeral in the UK since Winston Churchill's in 1965.

A state funeral means that the UK government has officially declared the day of the funeral as a bank holiday.

President Droupadi Murmu arrived in London to attend Queen Elizabeth II's state funeral on September 17 and offered condolences on behalf of the government of India.

Meanwhile, US President Joe Biden Sunday also expressed his condolences to the royal family.
While mourning the passing of Queen Elizabeth, Biden remembered Queen's warm candour and said, "The way she touched when she leaned over. The way -- she had that look like, "Are you okay? Anything I can do for you? What do you need?" And then also, "Make sure you do what you're supposed to do," Biden said adding that she reminded him of his mother. 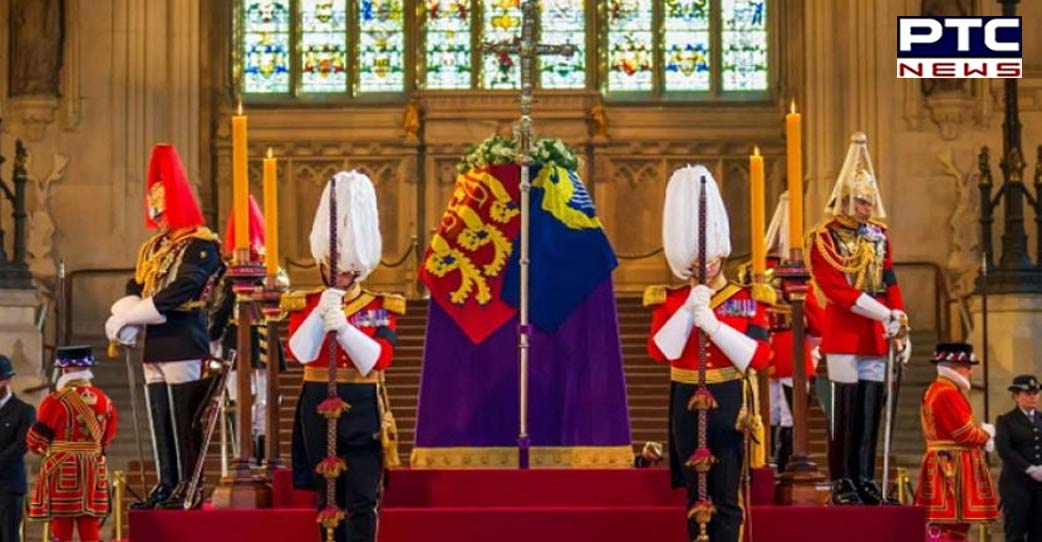 Moreover, senior citizens and children are among those camping along the funeral routes, for over 48 hours in some cases, to bid a final goodbye to Queen Elizabeth II on Monday.

Notably, the funeral service will be conducted by the Dean of Westminster, and readings will be given by Patricia Scotland, the secretary general of the Commonwealth, and Prime Minister Liz Truss. The sermon will be delivered by Canterbury's archbishop, the Most Reverend Justin Welby.

Two minutes of silence will be observed across Britain towards the end of the ceremony. The service is expected to end around 12 pm (UK time).

The Queen was born on April 21, 1926, at 17 Bruton Street in Mayfair, London. She was the first child of The Duke and Duchess of York - who later became King George VI - and Queen Elizabeth.