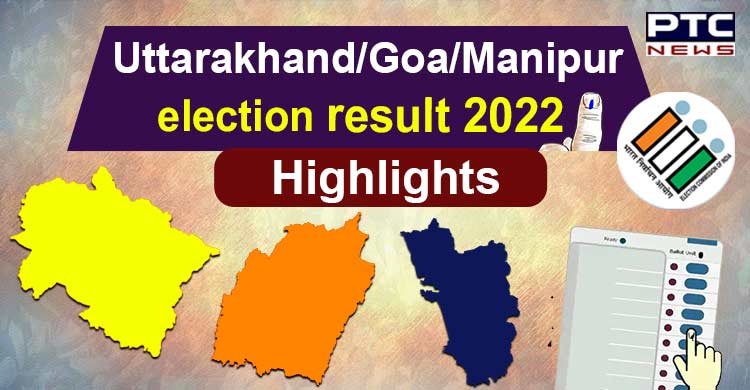 According to the Exit Poll results 2022, the BJP is likely to form governments in Goa, Manipur and Uttarakhand.

In Uttarakhand, several agencies hired for exit polls have favoured both the Congress and the BJP while the saffron party has gained a clear edge in Manipur. Congress is being seen as the second-largest party. 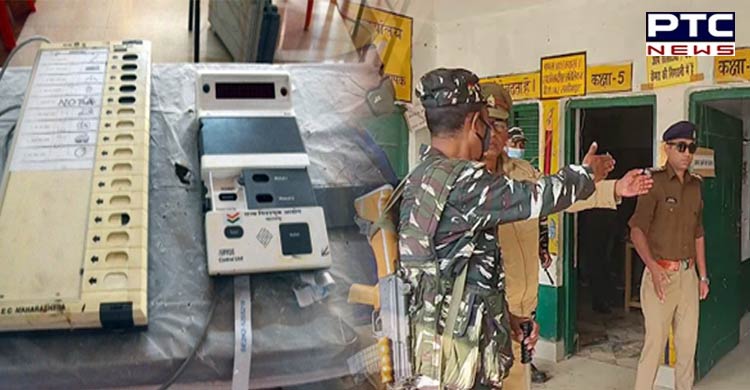 Elections 2022 in Goa and Uttarakhand took place in a single phase on February 14, while voters exercised their franchise in two phases in Manipur, on February 28 and March 5, respectively. 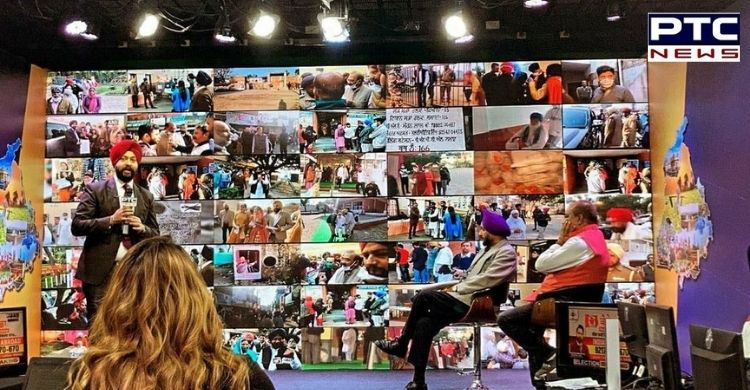 03: 43 pm | "I don't know, it's a sensitive question," says BJP leader Vishwajit Rane on being asked if Pramod Sawant will continue as CM of Goa.

Congress candidate Michael Lobo contesting from Calangute, BJP's Babush Monserrate from Panji and Congress' Digambar Kamat from Margao have won secured wins for their parties in their respective constituency.

01: 35 pm | Goa - 'We had thought that we will win but we have to accept the people's mandate. We have got 12 seats, BJP has got 18 seats. We will work strongly as the opposition. Congress will have to work hard to win the confidence of people,' says Congress leader Michael Lobo

12: 40 pm | The Election Commission has lifted the ban on victory processions during the counting of votes and declaration of results in the five states where assembly elections 2022 were held recently.

12: 32 pm | Ruling BJP set to become the single largest party in Manipur, but may fall short of a majority by a few seats.

12: 19 pm | Uttarakhand - We already knew that we'll form the government as PM Modi fulfilled all the promises he made to the people of Uttarakhand & CM Pushkar Singh Dhami too resolved issues of the people in the last 6 months: BJP leader Kailash Vijavargiya in Dehradun

Uttarakhand - BJP crosses majority mark, leading on 44; Congress leads on 22 as official trends for all 70 seats for #UttarakhandElections2022 come out.

Goa- Official trends for all 40 seats out.
BJP leading on 18, Congress on 12.
CM Pramod Sawant leading by over 300 votes so far in Sanquelim.
(Majority mark in the state is 21)

Uttarakhand - Early trends show BJP leading with 30 seats, Cong is leading on 22; AAP on one

Uttarakhand - BJP and Congress leading in 4 Assembly constituencies each, as per Election Commission

Manipur - Congress opens its account, leads one seat.
BJP ahead in 2

BJP leading in Panaji, Aldona and 2 other Assembly constituencies, Congress leading in Dabolim and one other seat, as per Election Commission

Goa - Congress has registered gains in the early trends 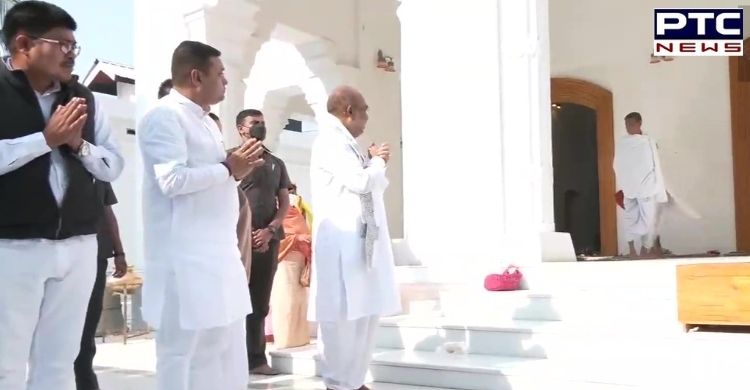 During the ban on election rallies due to the Omicron wave, EC took MCC violations seriously. Around 2,270 FIRs were filed for violation of COVID norms as well as MCC violations in all 5 states. Every political party is the same for EC: Sushil Chandra, Chief Election Commissioner

The counting of votes is a transparent process. There is a standard operating procedure under which we conduct the counting. Authorised polling agents of the political parties are allowed to come inside the counting centre: Sushil Chandra, Chief Election Commissioner

Counting of votes in Uttarakhand, Manipur and Goa begins.

The District Magistrates have issued Prohibitory Orders under Section 144 of the Code of Criminal Procedure, 1973. All counting halls, strong rooms, and premises are under CCTV surveillance, including control rooms for viewing and a candidate viewing arena.

Goa - The strong rooms have just been opened in the presence of candidates & observers. Postal ballots will be taken to the counting halls through a dedicated corridor of security personnel. Counting for South Goa will be done at Damodar College: Collector Ruchika Katiyal

Uttarakhand - I am confident about the victory of the Congress party in the state. Everything will be clear in the next 2-3 hours. I have faith in the people of the state. I believe Congress will get close to 48 seats: Former Uttarakhand CM Harish Rawat

Visuals from Uttarakhand and Manipur surface ahead of the counting of votes. Tight security on result day. 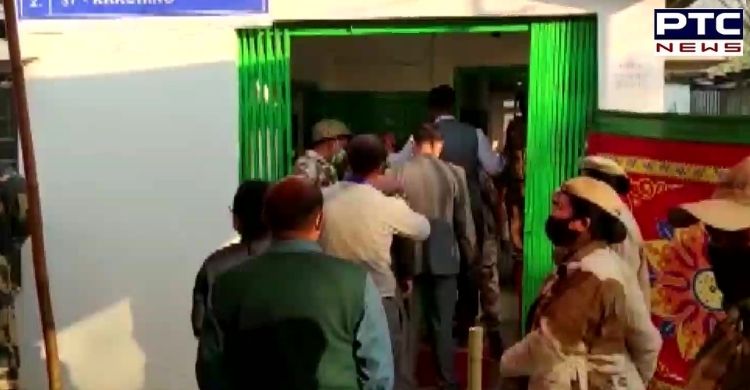 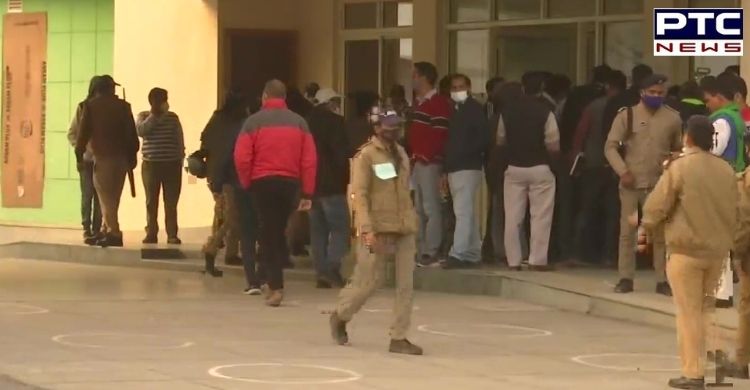 As Goa prepares for counting of votes, visuals from Altinho, Panaji surface 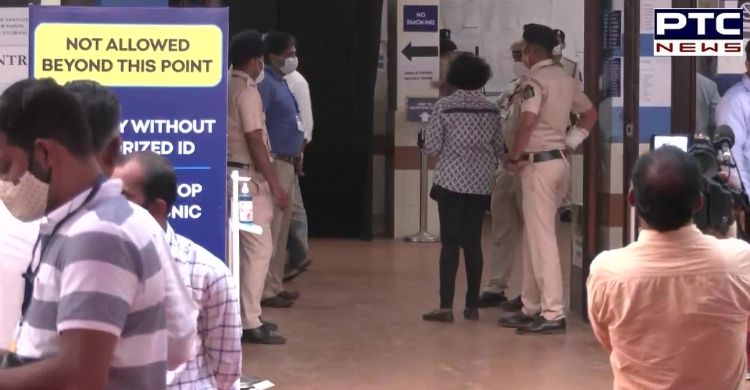 Counting for Uttarakhand, Goa, Manipur election 2022 will begin at 8 am