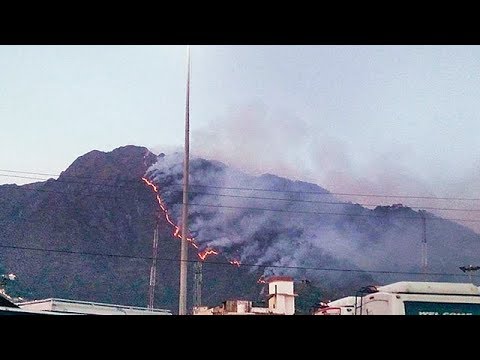 After a major fire broke out in Trikuta Hills in Katra district of Jammu and Kashmir, Vaishno Devi pilgrimage was suspended from new battery car track on Wednesday. 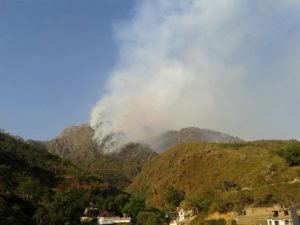 ’The registration slip counter was closed,’’ he said, adding that by afternoon, 20,000 pilgrims had registered themselves for the yatra.‘

’Around 25,000-30,000 devotees from across the country, are stranded in Katra due to closure of registration counter to avoid rush on old track in view of forest fire,’’ he added.