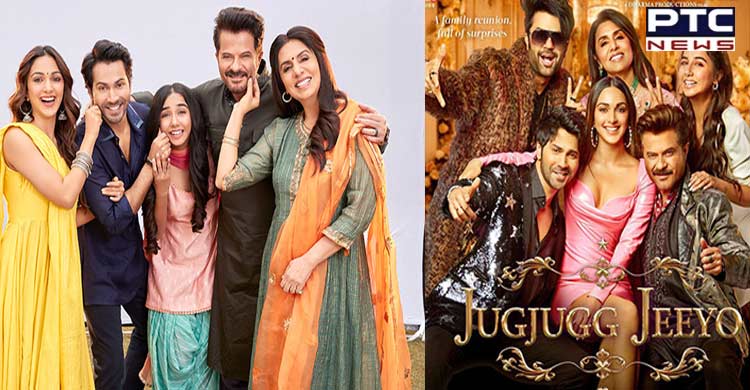 Mumbai (Maharashtra), August 15: 'Jug Jugg Jeeyo,' one of the year's most successful films, is returning to theatres.

'Jug Jugg Jeeyo,' starring Varun Dhawan and Kiara Advani, returned to theatres on Independence Day. On Sunday, the film's makers, including producer Karan Johar, took to social media to announce the film's re-release. The film, which also stars Neetu Kapoor and Anil Kapoor in pivotal roles, is being screened in select theatres across the country this week in order to entice audiences to return not only on Independence Day but also on other holidays such as the Parsi New Year and Janmashtami.

'Jug Jugg Jeeyo' is being screened at select theatres in Delhi-NCR and Mumbai. The film first hit the theatres on June 24, and after a month-long successful run, the film was released on the OTT platform Amazon Prime Video on July 22.

The film grossed around Rs 85 crores at the box office. The film's cast recently celebrated its success with an intimate gathering at Karan Johar's home.

The story revolves around two couples of different generations who are on the verge of divorce. Viacom18 Studios and Hiroo Yash Johar, Karan Johar, and Apoorva Mehta's Dharma Productions produce it.