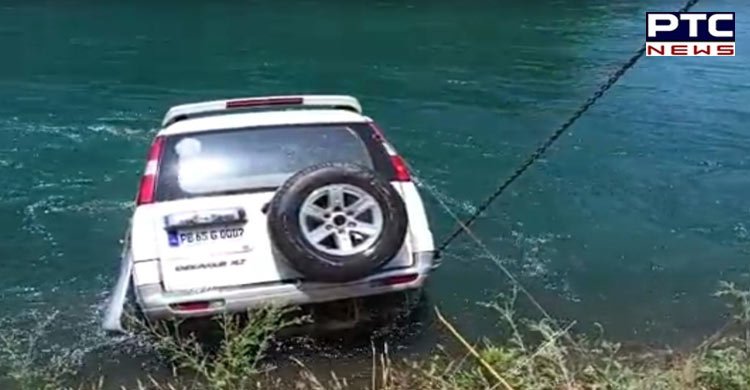 Ropar, May 7: A resident of Mohali in Punjab drove his SUV into the Bhakra canal on the Chandigarh road in Ropar on Saturday. A video of the incident has gone viral on social media.

The deceased has been identified as Gudhian Singh of Mohali. According to a diver who was out for a morning walk on the bank of the canal, the SUV occupant tried to hit him and then drove into the Bhakra canal near Bheora village in Ropar, Punjab. He, along with other divers, tried to rescue the man, but to no avail.