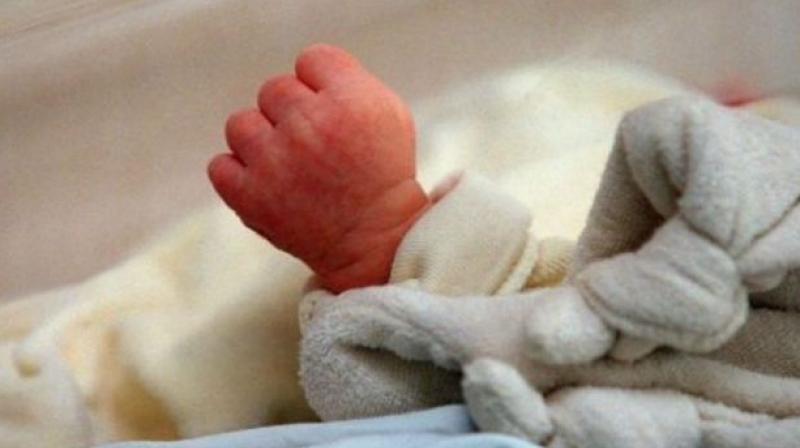 Jamnagar: A ten-month-old baby girl was allegedly raped by a family member in Jamnagar district of Gujarat, police said on Wednesday.

The incident took place on Tuesday night at Kanalus village in Lalpur taluka of the district when the girl was sexually assaulted by Mukesh Thakor (30), a cousin of her father who took her away and allegedly committed the heinous crime, said sub-inspector of Meghpar police station Nasir Rayma.

The girl’s father runs a barber shop at Kanalus village. On Tuesday night, his cousin paid him a visit and took out the baby girl briefly on the pretext of playing with her. After around 10 minutes, he dropped the girl back home and left hurriedly.

“The girl was weeping. When the parents checked, they found blood stains on her frock and alleged rape. She was admitted to Jamnagar civil hospital and is fine now,” Rayma said.

A case was registered against Thakor under section 376 of Indian Penal Code for rape, and Sections 4 and 6 of Protection of Children from Sexual Offences Act (POCSO) for penetrative sexual assault, he said.

The accused is yet to be arrested, the official added.