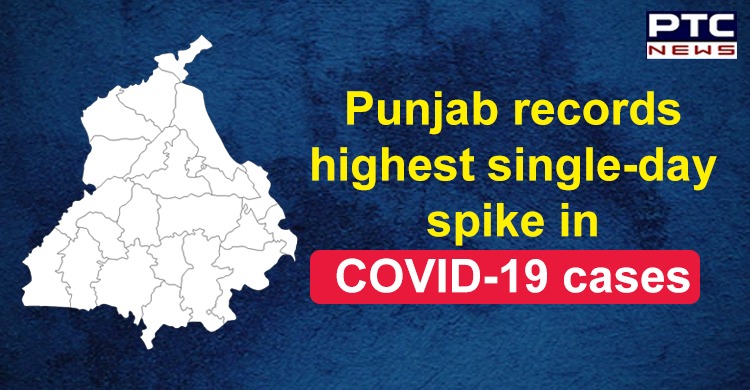 The total number of coronavirus cases in Punjab has increased to 480 after 105 new cases were reported in the last 24 hours. According to the media bulletin issued by the Punjab Health Department on Thursday evening, Mohali reported 13 new cases out of which 2 are from Jawaharpur village. Likewise, the district tally has increased to 86, the second-highest in the state. 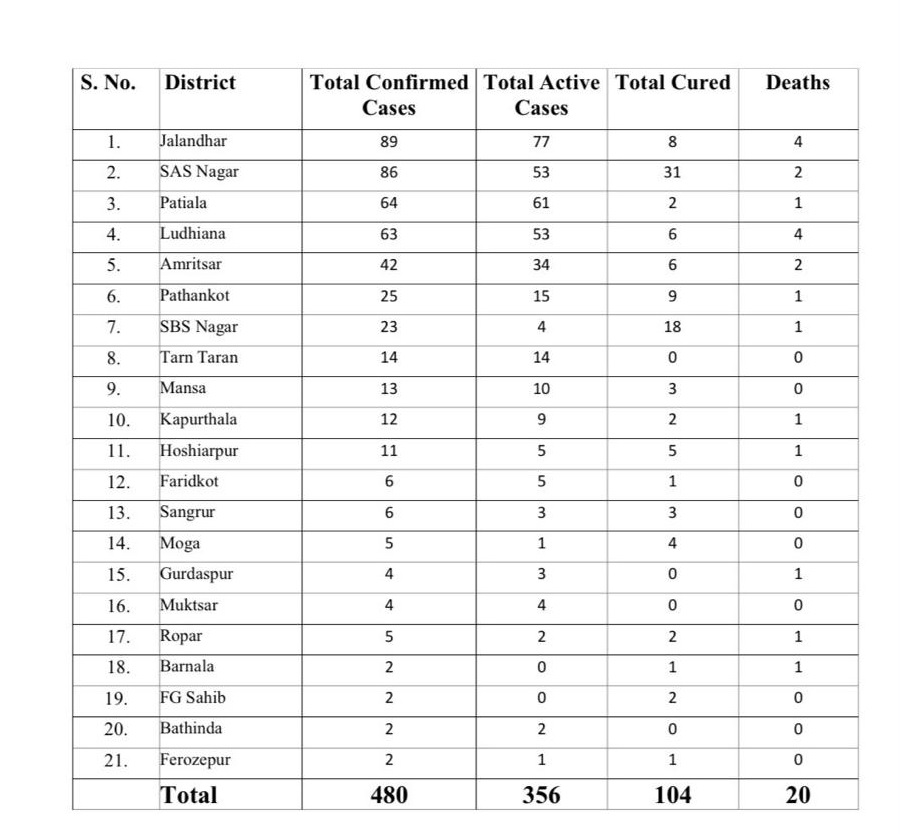 Jalandhar is on the top of the tally followed by Mohali at 86, Patiala at 64, Ludhiana at 63, Amritsar at 42 and Pathankot at 25. SBS Nagar stands at 23, while 14 cases have been reported from Tarn Taran, 13 from Mansa, 12 from Kapurthala and 11 from Hoshiarpur.

Faridkot and Sangrur stand at 6 while Moga and Ropar have reported 5 cases each. Gurdaspur and Muktsar have 4 cases each while Barnala, Fatehgarh Sahib, Bathinda, and Ferozepur have 2 cases each. The death toll in the state stands at 20.