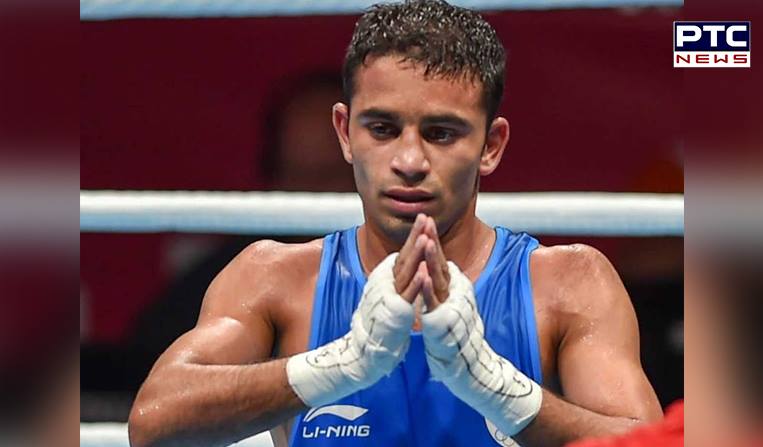 Twentythree-year-old Amit Kumar gave India its first gold in boxing in the 18th Asian Games on Tuesday. With his gold, India took its tally to 14 gold, 21 silver and 26 bronze. This tally of 66 medals is the highest ever by India in Asian Games.The previous best was 65 in the 2010 ASian Games. India, however, has fewer gold medals now(14)  than in 2010 (15). But India may get gold in squash women's team final.

Amit Kumar had Dusmatov Hasaboy of Uzbekistan as his opponent in the gold medal round. Playing confidently, Amit planned his bout scientifically to contain more aggressive opponent and managed to win the gold on points.
A silver medalist in Commonwealth Games, Amit Kumar is from Indian Army and has been training there.He was placed fifth in the World Championships in Hamburg in 2017.
Though he injured his right arm in the Commonwealth Games, he quickly recovered and wanted to go for gold in the Asan games. It is India's first gold in the current edition of Asian Games. Yesterday Vikas Krishan gace a walk over in semifinals because of an injury. With two medals from Boxing, India has won medals in 17 different sports here.