‘26/11 will never ever be forgotten’, says EAM S Jaishankar 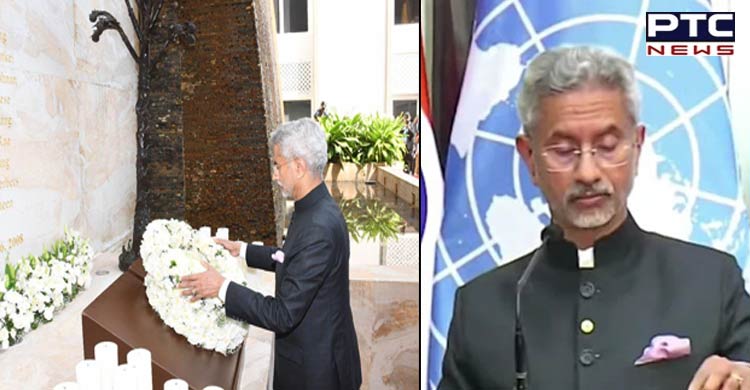 The first segment of the Special Meeting of the UN Security Council's Counter-Terrorism Committee is at Hotel Taj Mahal Palace in Mumbai today. A wreath-laying ceremony also took place at one of the main sites that saw the dastardly terror attacks of 26/11/2008.

Speaking at the UNSC meeting at the Taj hotel, Jaishankar said, "18 members of the Indian Police Forces, 12 members of the Taj hotel staff and security were martyred in the line of duty." "As we pay tribute to them at the 26/11 memorial site, we salute their valour and their resolve," he said.

In his speech, Jaishankar pointed out that it was not just "an attack on Mumbai, it was an attack on the international community."  "Nations of specific countries were identified before being murdered. As a result, the commitment of each and every member state of the UN to combat terrorism stood publicly challenged," he said.

Addressing the UN members, the external affairs minister said, "Together, we should send out the message that the international community will never give up on holding terrorists accountable and delivering justice. 26/11 will never ever be forgotten." 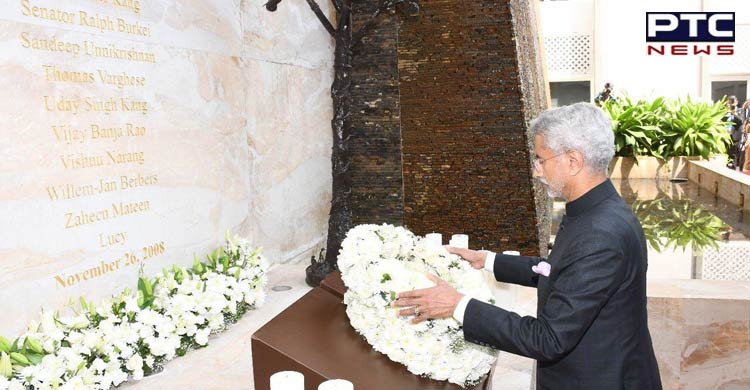 On November 26, 2008, ten terrorists trained by the Pakistan-based terrorist organisation Lashkar-e-Tayyiba (LeT) carried out a series of coordinated attacks against multiple targets in Mumbai including the Taj Mahal hotel, the Oberoi hotel, the Leopold Cafe, the Nariman (Chabad) House, and the Chhatrapati Shivaji Terminus train station, killing 166 people.

The UN CTC meeting, under New Delhi's chair of the Counter-Terrorism Committee (CTC), is taking place in Mumbai and New Delhi on October 28 and October 29, respectively.

Addressing a special press briefing on the UNSC CTC, Sanjay Verma, Secretary (West), Ministry of External Affairs on Wednesday said, "There is no better place to open the series of important discussions than Mumbai, a city, which reflects the best of India in terms of its economic development in recent years. The fact that the CTC has agreed to begin its deliberations in Mumbai is a message in itself."

Verma further said, "Overarching theme would be 'Countering the use of new and emerging technologies for terrorist purposes.' It will begin with a tribute to victims of terrorism," said Verma. The meeting will reportedly focus on the use of the internet, payment mechanism, and drones by terrorists.

Secretary (West) Verma said the larger purpose of this unprecedented meeting in India of the Counter-Terrorism Committee in Mumbai would resonate with the rest of the world. "...Because in 2008, what happened was an attack on what would be the identity of India in the financial and commercial space city," he said.

Speaking at the same press conference, India's Permanent Representative to the UN, Ruchira Kamboj said that there is a great need to speak with a united voice and with a common voice, as we counter the scourge and menace.