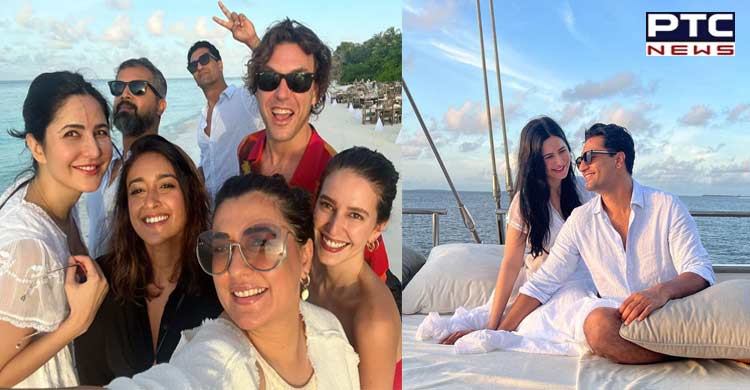 Taking to Instagram, the 'Raajneeti' actor shared a super fun video of her whole crew, to which she captioned, "Yeh dosti!" followed by a heart and a beach emoticon. 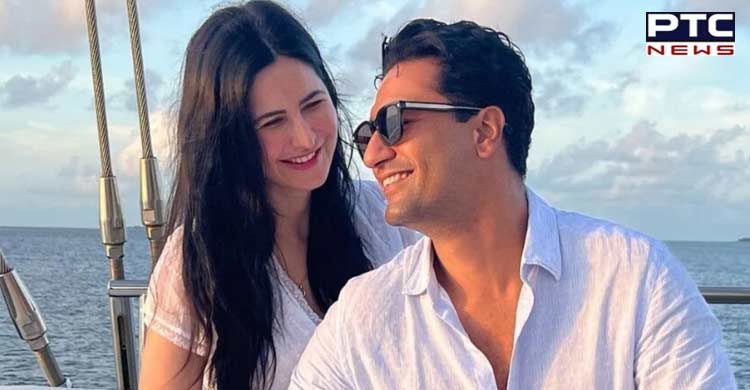 In the video, the whole gang could be seen sliding down into the pool, which features Vicky Kaushal, Katrina Kaif, Sunny Kaushal, Sharvari Wagh, Angira Dhar, Anand Tiwari, Mini Mathur, Kabir Khan, Illeana D'cruz and others, with the song 'Yeh Dosti Hum Nahi Chodenge' from the film 'Sholay' attached to it in the background.

In another video, shared by the 'Sardar Uddham' actor, he can be seen riding bicycles in the jungles of the Maldives with actor Angira Dhar.

The 'Raazi' actor attached the song 'Do Mastane Chaelin' from the film 'Andaz Apna Apna' to the video. 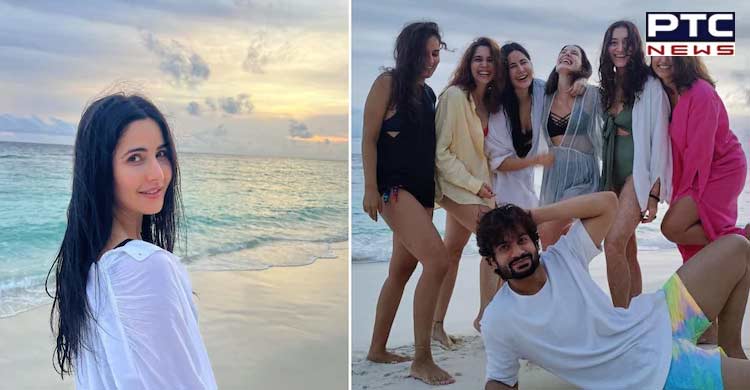 Vicky-Katrina went to the Maldives, to celebrate the 'Zero' actor's 39th Birthday with their close friends and family members. Both of them have been treating their fans with their adorable trip pictures.

Vicky and Katrina got married in a magnificent wedding in Rajasthan on December 9, 2021, in the company of close friends and family. Prior to their marriage, neither Vicky nor Katrina commented on their relationship.

On the work front, Vicky will be seen in 'Govinda Naam Mera' alongside Bhumi Pednekar and Kiara Advani. He will also be seen opposite Sara Ali Khan in Laxman Utekar's untitled. Apart from these two, he also has Anand Tiwari's untitled film with Triptii Dimri and Meghna Gulzar's 'Sam Bahadur', co-starring Sanya Malhotra and Fatima Sana Sheikh in the line. 'Sam Bahadur' is a biopic on Field Marshal Sam Manekshaw. 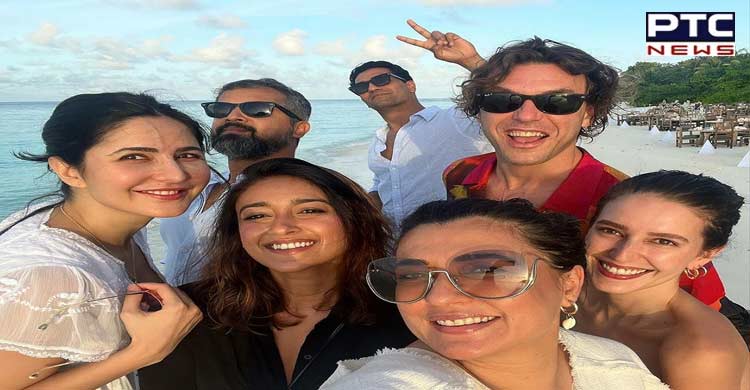 Katrina, on the other hand, will next be seen in 'Phone Bhoot' alongside Siddhant Chaturvedi and Ishaan Khatter. She will also be seen sharing screen space with Vijay Sethupathi in 'Merry Christmas'. The upcoming film is being helmed by Sriram Raghavan. She also has 'Tiger 3' with Salman Khan in her kitty.