The fare of British Airways for one way travel from Delhi to London on August 26 is ₹3.95 lakh 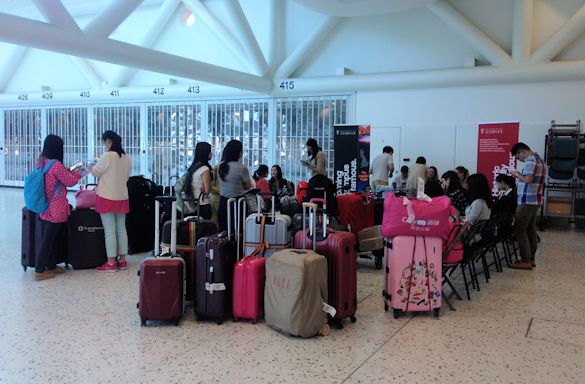 The airfares between India and the UK have witnessed a sharp rise amid increasing demand due to over three months of travel ban to check Covid 19 spread and peak student season.

This issue was highlighted by a senior government official on Saturday. He has alerted the Ministry of Civil Aviation on the issue. Earlier this week, Britain moved India from its “red” to “amber list”, which means fully vaccinated Indian travellers will no longer have to under go the mandatory 10-day hotel quarantine amid the Covid19 outbreak. "The UAE, Qatar, India and Bahrain will be moved from the red list to the amber list with effect from August 8," UK transport secretary Grant Shapps had tweeted.

Although the Indian diaspora has heaved sigh of relief with the UK’s decision, the increased demand due to more than three months of travel ban and peak student season has led to a steep rise in airfares.

The fare of British Airways for one way travel from Delhi to London on August 26 is ₹3.95 lakh, according to Google Travel. The cost of ticket between the two cities on other airlines, including Air India and Air Vistara range from ₹1.2 lakh to ₹2.3 lakh. Sharing screenshots of minimum airfares between Delhi to London for the economy class, Sanjeev Gupta, Secretary at the Ministry of Home Affairs, raised concern about the high prices during college admission time.

“Fare of ₹3.95 lakh one way Delhi to London on Aug 26. No, it's not 1st class. It's economy on @British_Airways @airindiain @airvistara etc. also 1.2 to 2.3 lakh. College admission time! See minimum fare on @GoogleTravel in August. Have alerted Secretary @MoCA_GoI @JM_Scindia,” tweeted Gupta.