Alia Bhatt wishes her father on his 71st birthday 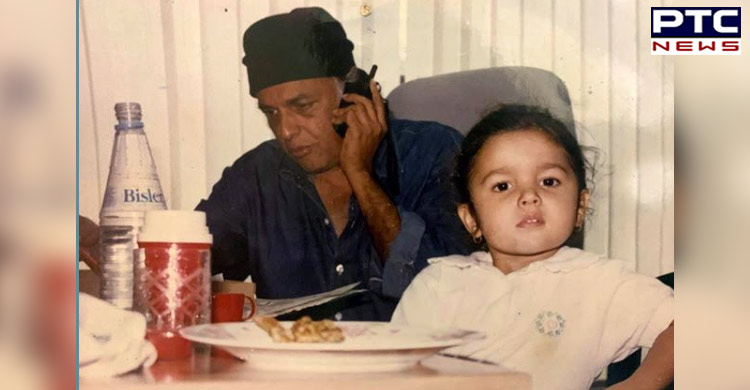 As Bollywood director Mahesh Bhatt turned 71 on Friday, his daughter Alia Bhatt shared a heartfelt note for her father. Bhatt recalled her childhood and shared a picture with Mahesh Bhatt. She wrote, "Hey pops. It’s been great knowing you for the last 26 years.. you’re a good guy. Probably the best.. also the wisest.. also you’re very funny.. did I tell you I think you’re super talented too? Happy Birthday Daddy.. You amaze me every single day! There is no one like you and I repeat no one. I love you."

These months are truly special for Alia as she is collaborating with her father for the first time for Sadak 2. The film, a sequel of the 1991 hit, marks a directorial comeback for Mahesh Bhatt. The 1991 blockbuster featured Pooja Bhatt and Sanjay Dutt and went on to be one of the highest-grossing Hindi films of the time.

Bhool Bhulaiyaa 2 First Look: Kartik Aaryan is all set to take on as ghostbuster

Alia Bhatt has wrapped up the Ooty schedule of Sadak 2. The film is featuring Alia Bhatt, Pooja Bhatt, Aditya Roy Kapur and Sanjay Dutt. Sadak 2 is scheduled to hit the big screens on July 10 next year. Mahesh Bhatt has several achievements in his kitty, including National Film Award 1994 – Special Jury Award for the directions in Hum Hain Rahi Pyar Ke (1993). In 1999, he got the Nargis Dutt Award for Best Feature Film on National Integration – Zakhm.