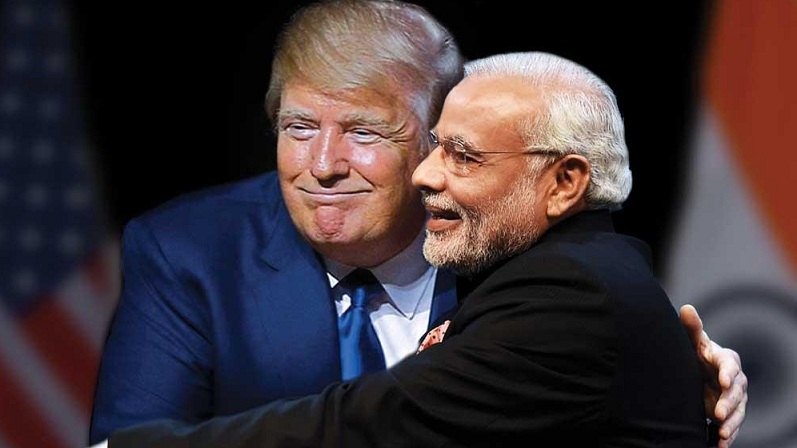 Indian Oil Corporation and Bharat Petroleum placed orders for over four million barrels of oil from the US. Yes! The first shipment of American crude oil is likely to reach India in the last week of September, opening new vistas in the Indo-US ties.

After Indian Ambassador to the US, Navtej Sarna, handed over papers for the shipment to the Texas Governor Greg Abbott, the Indian Embassy in Washington tweeted on Wednesday -

"New breakthroughs! Oil shipments from US to India has started,"

The first lot of two million barrels costs USD 100 million, this novel development is expected to boost the bilateral oil trade to USD 2 billion in the coming time.

Consignments of American crude oil started the US shores between August 6-14 and is prospective to reach Paradip (Odisha) around 27th September.

US President Barack Obama removed the 40 year old ban on export of American oil in December 2015. However the meeting between Prime Minister Narendra Modi and US President Donald Trump on June 26 agreed to deepen the engagement in the energy sector. Soon thereafter, Indian companies started purchasing crude from the US.

Indian Oil Corporation and Bharat Petroleum placed orders for over four million barrels of Oil from the US. Trump welcomed the development with a telephonic conversation with Modi.

"The President pledged that the United States would continue to be a reliable, long-term supplier of energy," as per reports.

"During the Prime Minister's June visit to the White House, President Trump and Prime Minister Modi committed to a comprehensive review of their trade relations with the goal of creating a fair and reciprocal trading relationship and removing obstacles to growth and jobs creation, including in the energy sector," the spokesperson added.

The Indian Oil Corporation Ltd placed its first order in July while the second order on August 10. Bharat Petroleum Corp made its first purchase of US oil, buying high Sulphur crudes Mars and Poseidon.

BPCL has bought a cargo containing 500,000 barrels each of Mars and Poseidon for delivery from September 26 to October 10. Hindustan Petroleum Corp Ltd (HPCL) is also looking at buying US crude oil soon.

Over the next 20 years, India's energy consumption growth is projected to be the fastest among all major economies in the world. As per 2035, China and India will have the largest share of global demand (35 per cent).

As per a certificate issued to Sarna on the occasion, the Texas Governor said in the decades to come "this relationship will continue to be one of the world's most significant" as the United States and India work toward common goals of prosperity, strength and peace.