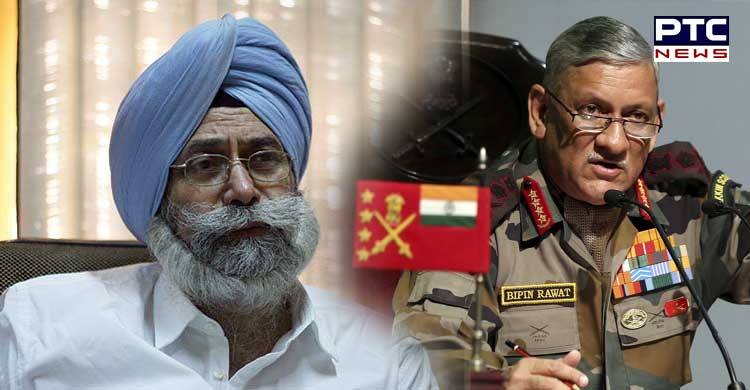 Also Read: SAD lauds Phoolka decision to quit AAP if it ties up with Congress

Phoolka told the media sources that his statement has been misunderstood. He said that the whole statement was actually against the Congress and not against the Army Chief. He urged everyone to watch the video.

The AAP leader stirred the controversy with his statement on Sunday following the Amritsar attack in which three people were killed and twenty others were injured.

Later he tweeted to clarify his statement.

Please see whole https://t.co/LTVCup8BTQ inadvertent statement made standing on road is being blown out of proportion.I have stated that history is evidence of that fact that governments in the past have caused violence to further their interest...1/2https://t.co/tU8xGYVvFZ

2/2
Like in last year’s Maur https://t.co/ec0qaVYRj2 one should reach a conclusion without detailed impartial investigation.Even a moderate person like me who has always been against Khalistan-think so.
I regret statement that may have purported to be against the Army Chief.