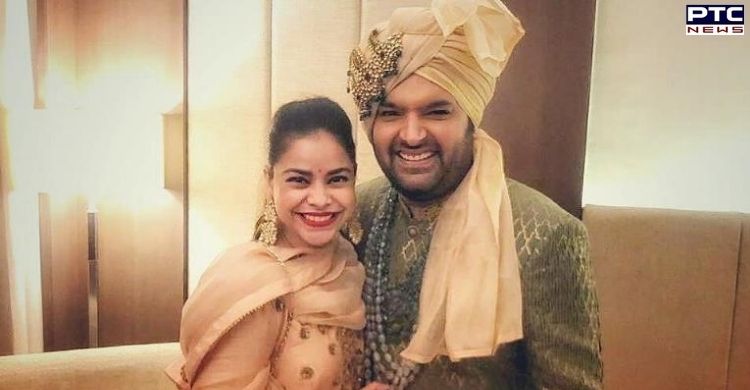 Sumona Chakravarti, who often played the role of Kapil Sharma's wife on TKSS, was missing in the promos. There have been several speculations that Sumona was dropped from the show. However, Archana Puran Singh confirmed that she was very much a part of The Kapil Sharma Show. She will be seen in a different avatar though. Earlier, Sumona Chakravarti had posted a cryptic note which sparked rumours that she has been left out of The Kapil Sharma Show. Her post went viral on social media. Cracking down on those rumours, Archana Puran Singh said that “If you think Sumona is not in the show, then you are going to get a surprise. Sumona is in the show but her avatar will be different."

Meanwhile, fans will see Kapil Sharma's family extension on the comedy show and a little new background on the set.

Meanwhile, Sumona Chakravarti recently shared a photo from the set of The Kapil Sharma show on her Instagram stories. She wrote that she is ‘Back to work’. She posed with a team member from the show. Sumona was looking stunning in a pair of pants and a matching blazer over a blank top.

The show is set to premiere on August 15 while the first guest on the show will be Akshay Kumar. Ajay Devgn, Nora Fatehi, Ammy Virk, and Sharad Kelkar will also promote Bhuj.