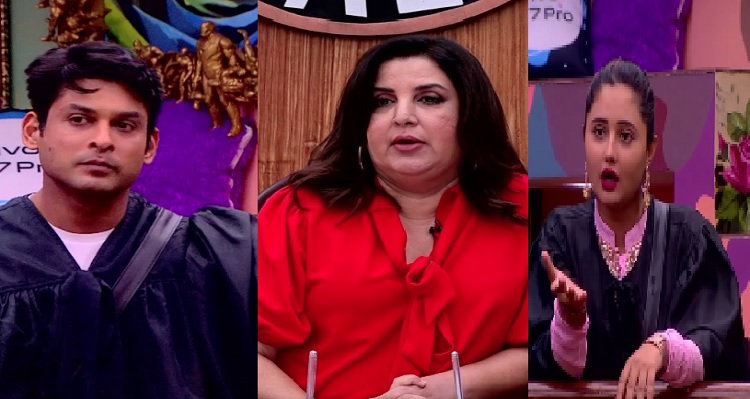 Bigg Boss 13 Nomination Special: As the reality show draws near first finale, the housemates are in a race to make themselves secure for another session. As Salman Khan quoted the last week as 'worst week', the conflicts and fights remain in the house. Bigg Boss announces the nomination special task for Monday episode. As per the task, the house will be converted into a courtroom, where the housemates are divided into two teams.

Now, Shukla and Rashmi will target one of the other teammate, and judge for the courtroom is Farah Khan. Both the lawyers will fight for a point, which will be granted from Farah Khan. In a promo, a massive fight takes place between Shukla and Rashmi. Also, the fight over the tea, which took place last week is raised again and again, during the hearing.

Meanwhile, Farah Khan was seen saying to Asim, that she doesn't even know her before coming to the Bigg Boss House, and you are being slated "celebrity" here. Also, there will be a war of words between Asim Riaz and Rashmi Desai over the breakfast and duties.