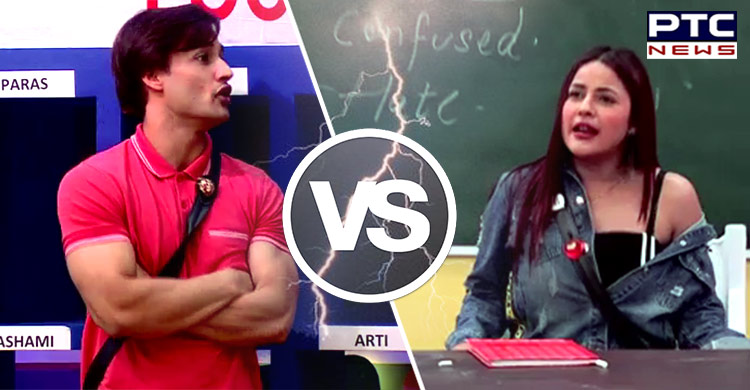 Bigg Boss 13: The reality show always comes up with unique and creative ideas, that entertain the audience. Now, Bigg Boss has turned the house into a school, where Shehnaz Gill has been appointed an English teacher, while other housemates are students. During the task, Shehnaz needs to teach students about various aspects, that include confusion, hatred, entertainment, love triangle, and negative personalities.

Shehnaz Gill had been asked to conduct her classes in english only. Meanwhile, she was seen flirting with Paras Chhabra. She asked Paras about the love triangle, to which Paras said, "You, me and Siddharth." Adding, he said "When I see you with Siddharth, I get fire in my body." Why? She asked. "Because I love you" Paras replied.

Afterwards, she asked Vishal Aditya Singh about negative personalities. Vishal mentioned the combination of Asim Riaz, Shefali Zariwala and Aarti Singh as those bordering negativity. This led to a major war of words between Asim and Shehnaz as they left the class. Shefali also left the class saying that she doesn't want to be a part of Shehnaz's school.