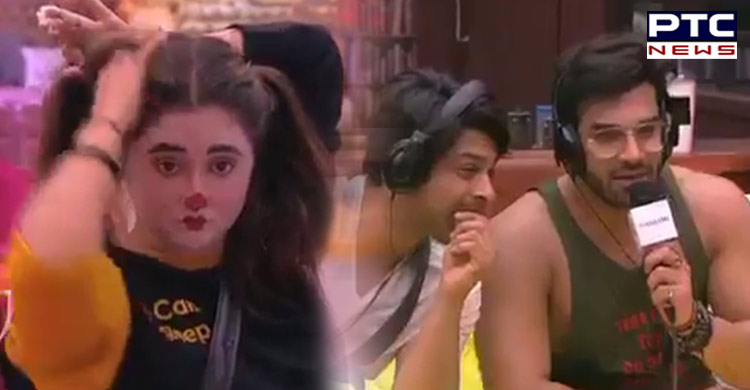 Rashmi Desai was seen wearing make-up of clown and performing everything which is directed by Shukla and Paras. Interestingly, the housemates, including Rashmi Desai, are not aware that the orders are given by Paras and Shukla. Both of them have been spying on the housemates from the secret room.

Shehnaz, Mahira, Bhau and Madhurima were to earn footage while Bigg Boss said that they will be watched by the audience live for one hour. Bigg Boss added that the audience will decide who got the maximum footage. Paras Chhabra and Siddharth Shukla were the audience.

Meanwhile, despite spectacular performance of Madhurima, Paras and Shukla announced Mahira Sharma as the winner, as she is a good friend of Paras. Now, Siddharth Shukla, Madhurima Tuli, Shehnaz Gill and Vikas (Hindustani Bhau) are nominated for the upcoming elimination.