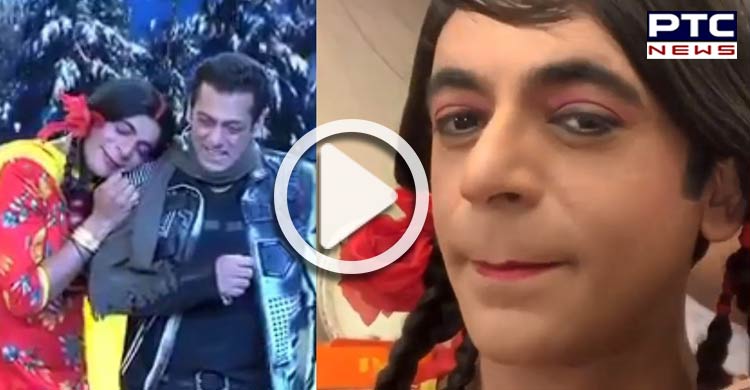 In a promo released, Gutthi can be seen having fun with Salman Khan, while Salman couldn't resist laughing. Gutthi, in a romantic gesture asks Salman to put Sindoor on her head. Afterwards, Gutthi takes Salman Khan on bed and both get themselves wrapped in the blanket and come out with a baby in hand.

This weekend’s episode will also have Hina Khan, Hiten Tejwani, Kamya Panjabi and Rashami Desai’s brother making an appearance on Bigg Boss. While Hina Khan will enter to promote her recent music video, Raanjhana, the others will enter the house to show mirror to the contestants. A lot of drama will be witnessed inside the house this weekend other than the evictions.

Meanwhile, Siddharth Shukla, Shehnaz Gill, Vikas (Hindustani Bhau) and Madhurima are nominated for this week's elimination. Siddharth Shukla had been sent to the hospital from the secret room following his health issues. He is still a part of the show.