Biopic on Arunima, the first female amputee to climb Everest 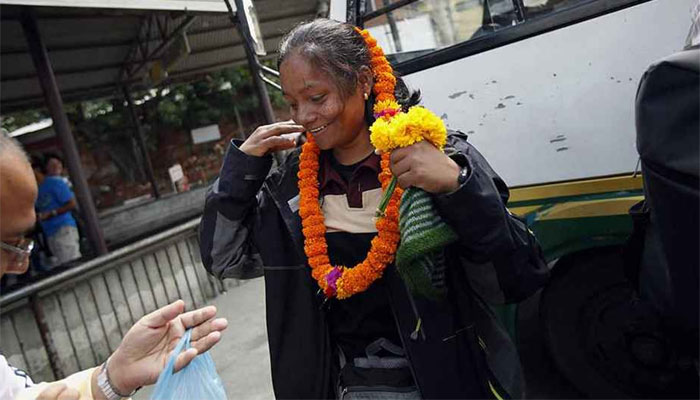 Lucknow, Oct 27- The trials and tribulations of Arunima Sinha, the first female amputee to have conquered Mt Everest, will soon be told on the big screen.

Dar Motion Pictures will tell the life story of 29-year- old Arunima, a national level volleyball player who was pushed from a running train by some robbers in 2011 while she was resisting them. As a result, one of her legs had to be amputated below the knee.

Besides scaling Mt Everest, she has climbed Kilimanjaro in Africa, Elbrus in Europe, Kosciuszko in Australia, Aconcagua in Argentina and Carstensz Pyramid (Puncak Jaya) in Indonesia, showing that when the going gets tough, the tough get going.

"After long deliberations, a decision to make a film on my life's journey has been taken and it is likely to be completed by next year," Arunima told PTI.

According to Arunima, Kangana Ranaut has evinced interest in playing the main character and has also shown eagerness in directing the film.

Earlier, Farhan Akhtar too had shown interest in making a film on the life of the mountaineer but things could not materialise.

Arunima said the film will be made in Hindi and later it will be released worldwide with sub-titles.

"The title of the film is not yet decided," she added.