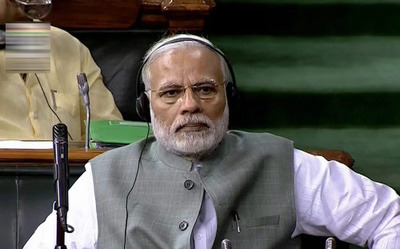 Prime Minister Narendra Modi will observe a day-long fast in Delhi today, while top BJP leaders, including Union ministers, will fan out across the country for a similar protest to corner the opposition over the recent washout of the Budget session of Parliament. 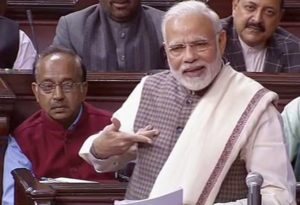 Addressing party MPs through an audio conference call ahead of the protest, Modi said the BJP leaders and its workers will observe the fast on Thursday to "expose" those handful of people who "throttled" democracy by stalling Parliament proceedings during the budget session. 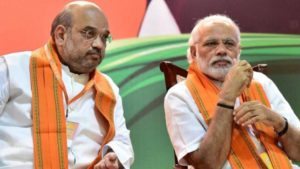 As per the schedule prepared by the BJP for observing the fast across the country, Union Health Minister J P Nadda will be in Modi's constituency Varanasi, while Law Minister Ravi Shankar Prasad will travel to Patna for it, party sources said.

Tourism Minister KJ Alphons will observe the fast in Kerala.

Besides ministers, all the party MPs will also sit on a fast in their respective constituencies, while BJP chief Amit Shah will hold a sit-in at Hubli in poll-bound Karnataka today.

The ruling BJP has blamed the opposition, led by the Congress party, for the washout of the budget session. The session was the worst in terms of productivity in about a decade.

Last week, while speaking at the BJP's parliamentary party meeting, Modi had accused the Opposition, particularly the Congress, of practising divisive politics and stalling Parliament. PTI