The Shiromani Akali Dal has demanded immediate registration of criminal case against Congress leader Mr. Avtar Henry and MLA Avtar Singh Junior for promoting gangsters in the state, indulging in criminal activities, misguiding Punjab youth and luring them towards gun culture in the state.

In a statement released here today, the Senior SAD leader and Member Parliament Mr. Balwinder Singh Bhunder said that shocking disclosures have been made by the family members of Sukha Kahlwan and Vicky Gounder two gangsters.

He said that as per the claims made by Nana Gurmail Singh and Rajinder Kaur Mami of Sukha Kahlwan, and Gurbhej Singh Sandhu Mama of Vicky Gounder it was Congress leader Avtar Henry and Avtar Singh Junior MLA who had promoted and lured them  towards gun culture and they became gangsters while acting on the diktats of the Congress leader.

Mr.Bhunder said that criminal case should be registered against Mr. Avtar Henry and Avtar Singh Junior MLA and their custodial interrogation should be carried out which could reveal much more on the activities of the gangsters in the state as cases of both the gangsters are now linked to them.

He said that it was shocking that the Congress leaders were running a network of gangsters and exhorted the young boys to indulge in this criminal activity and made the youngsters as gangsters only for their personal gain.

He said that it has been also proved that these gangsters were working for Congress party for a long time and in recent elections including Punjab Vidhan Sabha as they worked for the victory of the Congress party.

The SAD leader said that latest development has once again proved that every major criminal activity is linked to the Congress party in the state and it was hell-bent on destroying the youth of the state by luring them towards gun culture and all sorts of illegal activities.

He said that thus the party has betrayed the very noble trust of the people and was solely responsible for total destroying the social fabric of the state.

Member Parliament also said that earlier too actions of the Congress party in misleading the youth of the state had led to loss of thousands of  lives in the state during the days of turbulence and now latest attempt by its leadership to run all their illegal activities by giving patronage to the innocent youth would further lead to loss of precious lives  and ultimately will lead to total destruction in the state.

Mr. Bhunder urged the Governor Punjab to take cognizance of the developments in this regard and order immediate registration and arrest of Avtar Henry and Avtar Singh  Junior and all those Congress leaders who are patronizing the youth towards gun culture. 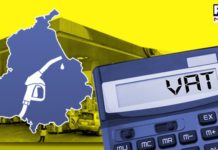 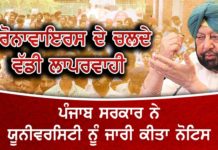 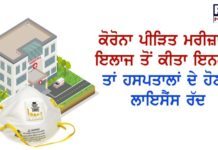 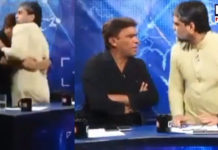 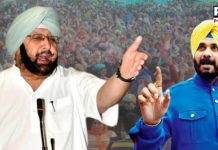 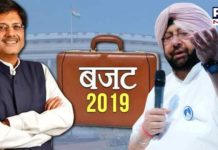