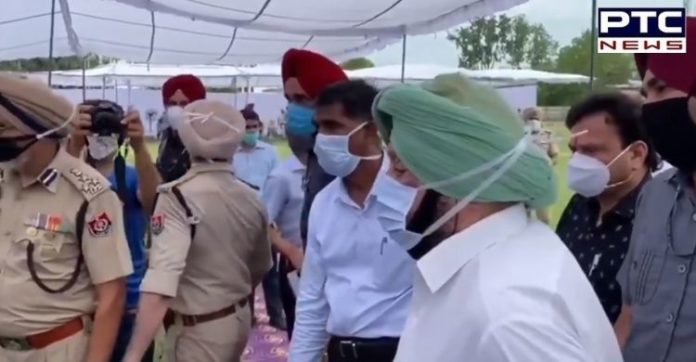 Punjab Hooch tragedy: Punjab Chief Minister Captain Amarinder Singh on Friday met families of victims of the spurious liquor tragedy in Tarn Taran. He took to Twitter and share a glimpse of his visit to Tarn Taran.

The Chief Minister captioned: “Met families of victims of spurious liquor tragedy in Tarn Taran. Have assured that no guilty person will be spared and that we will appoint Special Public Prosecutors for swift prosecution. Have also announced an increase of financial assistance to the families from Rs. 2 lakh to 5 lakh.”

Meanwhile, the Chief Minister said that “All those found guilty will be punished. Not a single person will be spared. A special prosecutor has been appointed and an investigation into the matter is underway.” He added that “Ex-gratia relief has been increased from Rs 2 lakhs to Rs 5 lakhs for each of the victim’s next of kin.” Meanwhile, the death toll in the hooch tragedy has risen to 121.

Met families of victims of spurious liquor tragedy in Tarn Taran. Have assured that no guilty person will be spared & that we will appoint Spl Public Prosecutors for swift prosecution. Have also announced increase of financial assistance to the families from Rs. 2 lakh to 5 lakh. pic.twitter.com/pjgmvxg3UU

On Wednesday, the Director-General of Police (DGP) Punjab Dinkar Gupta ordered a constitution of two Special Investigation Teams (SITs) to fast-track investigations in all the FIRs registered in the hooch tragedy. The ADGP Law and Order Ishwar Singh will supervise both the SIT investigations.

DGP Dinkar Gupta said that the SP-level officers have, for the first time, been nominated as Investigating Officers (IOs) for these cases to ensure the conviction of the offenders.