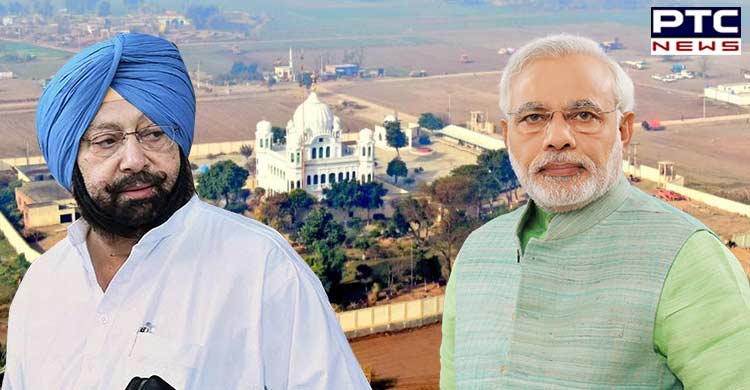 Chandigarh: Punjab Chief Minister Capt Amarinder Singh on Thursday sought Prime Minister Narendra Modi’s intervention to pressurise Pakistan into withdrawing its proposal to impose a service charge on passage through the Kartarpur Corridor. In a letter to the prime minister, the Chief Minister suggested that the Ministry of External Affairs take up the matter in the bilateral meetings on the subject for an early resolution.

Pakistan’s insistence on service charges would impose a significant financial burden on the lakhs of pilgrims seeking darshan of the Gurudwara, many of whom may not be so well-off, said the Chief Minister. The Chief Minister noted that on earlier occasions too, he had requested the Government of India to intercede with the Government of Pakistan not to levy any visa or other charges on the pilgrims visiting Sri Kartapur.

This would be in fulfillment of the long-cherished desire to have "khulIe darshan deedar" of the holy shrine of Sri Kartarpur in Pakistan, he stressed. Captain Amarinder underlined the historic importance of the Kartarpur Corridor,  slates to be opened as part 550th Birth Anniversary of Sri Guru Nanak Dev, being celebrated with great devotion and fervour in November this year.